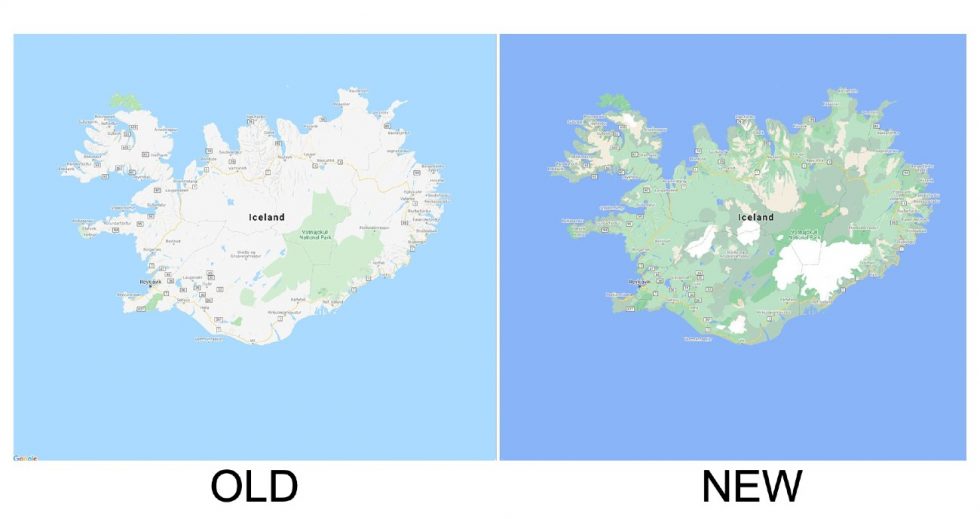 Google is rolling out a big time change for its Maps service, offering more detail for the entire globe.

Using its satellite imagery and a fancy new algorithm, Google Maps can now show you more color that will better represent the area you are viewing. For example, you’ll see more browns and tans when looking at a desert, as well as more varieties of green when viewing a forest or jungle.

Here’s what Google says about the change.

Google Maps has high-definition satellite imagery for over 98 percent of the world’s population. With a new color-mapping algorithmic technique, we’re able to take this imagery and translate it into an even more comprehensive, vibrant map of an area at global scale. Exploring a place gives you a look at its natural features—so you can easily distinguish tan, arid beaches and deserts from blue lakes, rivers, oceans and ravines.

This update is visible no matter what area you’re looking at—from the biggest metropolitan areas to small, rural towns.

In addition to this change, street level changes are also coming, but aren’t quite ready for the masses. In a future update, Google Maps will include where sidewalks, crosswalks, and pedestrian islands are located, as well as such as wheelchair or stroller requirements. Google says it will start rolling out detailed street maps in London, New York, and San Francisco in the coming months, with plans to expand to more cities over time.

Be on the lookout inside of Google Maps.