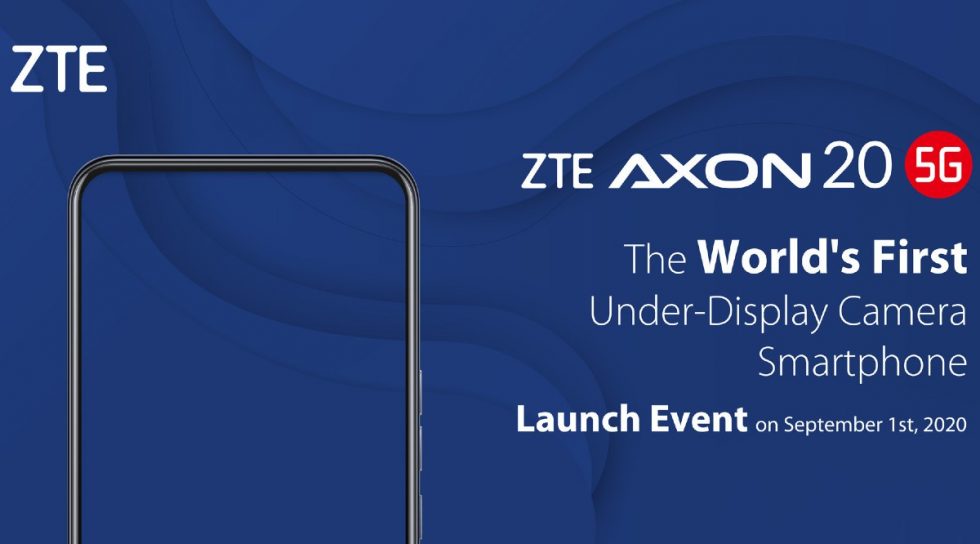 ZTE is set to unveil the Axon 20 5G on September 1, the world’s first phone with an under-display camera.

We all knew this day would eventually come, we just weren’t sure from which OEM. Unfortunately, it’s a company that has a hard time selling phones in the US, but regardless, this is a good sign that other manufacturing brands may not be far behind.

If you have no idea what I’m talking about, we’re talking about selfie cameras. Currently, the trend is a cutout on the front display for the camera, such as it is on the Galaxy S20 and Pixel 4a. Now, picture a phone with no cutout, no teardrop notch, no nothing. The camera on the Axon 20, and presumably other devices in the future, will be under the display, virtually invisible to the eye. This means more immersive viewing experiences on your device.

In its press release, ZTE says, “All the major industry players have been working on the under-display camera smartphone. Consumers have also witnessed the evolution of smartphone display forms from notch display, water-drop notch display, pop-up selfie camera smartphone, to hole punch display. By launching the world’s first 5G smartphone with under-display camera, ZTE will further promote the development of display technologies in the smartphone industry, thereby bringing revolutionized experiences to all consumers.”

Even though it’s ZTE and I’ll never get my hands on it, I’m excited to see just how good this looks and functions.