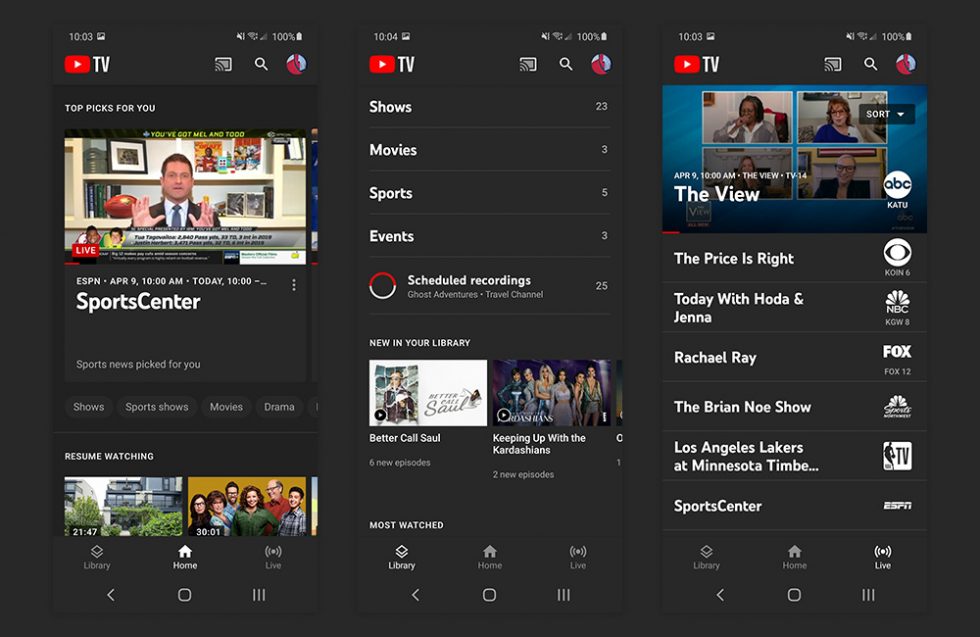 The YouTube TV app on Android has forever been one of the whitest of all Google apps. It’s astoundingly white and without a dark mode, which is weird, because the app is one of Google’s more supported apps that gets frequent updates. If I were a betting man, I’d have put money on it being one of the first to go dark. It finally did, this week.

There is a YouTube TV update rolling out right now that arrives sans changelog. That’s no shocker, as Google is terrible at telling us what they have included in anything, but the update does include a dark theme.

Now, you won’t find this dark theme as a toggle within the app. Instead, it’s a system-based theme, where it’ll only show dark if you have your phone set to a dark or night theme. Why no manual toggle? You are asking for consistency from Google and that, my friend, is comedy.

The update should be available to everyone – go grab it!