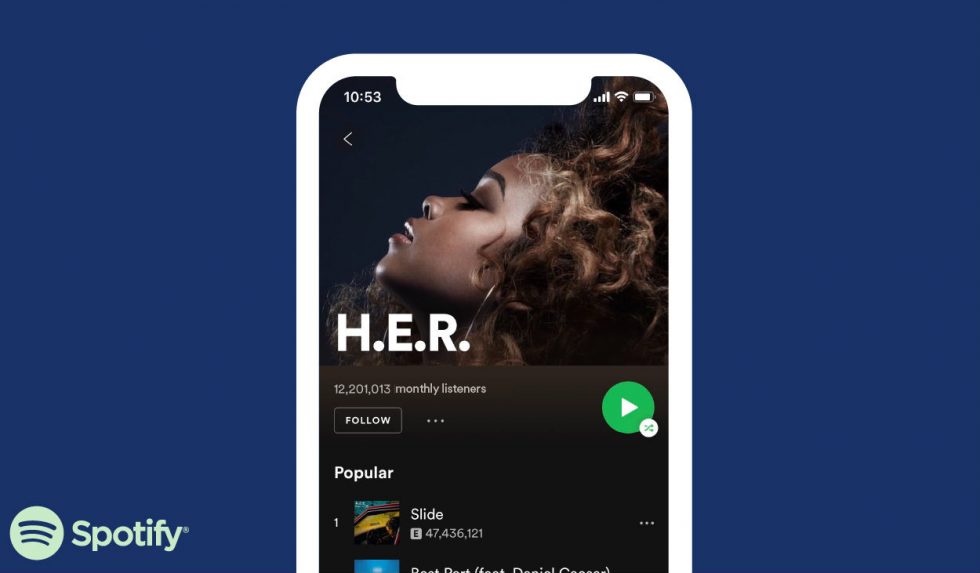 Spotify unveiled an interface refresh this morning, rolling out first to iOS users. Quick note, as Android folk, we appreciate Spotify using iOS as the guinea pig platform. The less jank we have to deal with, the better.

Moving on, there aren’t too many changes, though, Spotify puts great emphasis on new actionable icons and an easier-to-use UI. The big icon change you’ll notice is a new Play/Shuffle icon. Spotify says, “Our new green ‘shuffle play’ icon reduces streaming to the click of one familiar button, which includes the shuffle icon.”

The below icon is what you’ll see instead of that massive “Shuffle Play” text button above playlists.

Another big, big change is the default to show album art in all views with exception to “Album” view. Spotify states that this will make it easier to navigate the app and find familiar songs. In addition, Spotify will highlight songs you’ve already “liked” by showing the heart icon next to the track name.

If you’re on Android, expect to see all of these changes down the road. For now, it’s just for iOS.