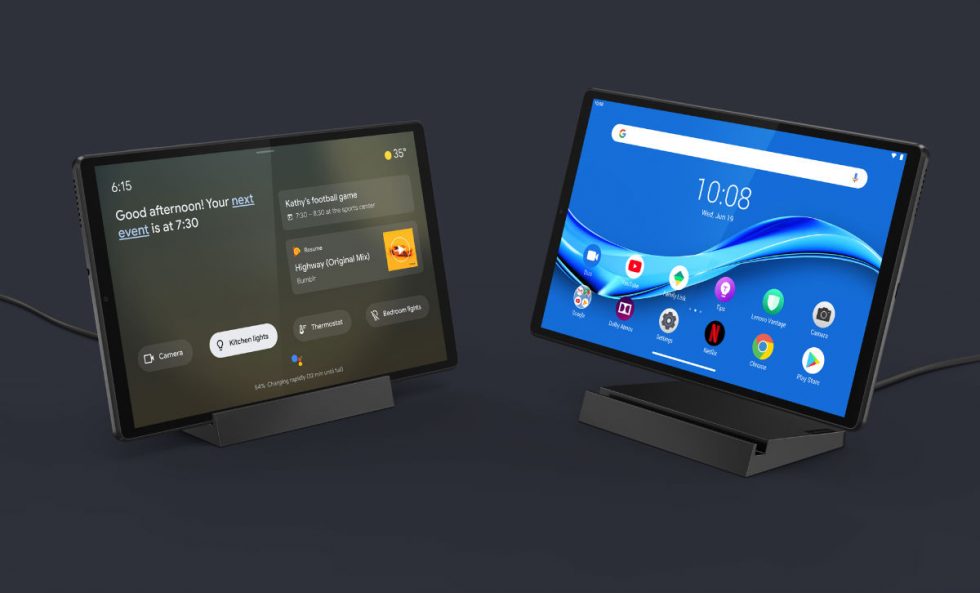 Lenovo announced a new Android-powered tablet device called the Smart Tab M10 FHD during CES this year, with expectations set that it will debut sometime this year for $189.

When docked, this tablet acts more like a Smart Display, capable of displaying pictures and allowing users to interact with Google Assistant all while hands-free, but when undocked, it’s a full-blown tablet experience. Due to the unknown date that it will be released, there is no official spec sheet for the device quite yet, but it is listed that this tablet features a 10.3″ FHD display, plus stereo speakers powered by Dolby Atmos.

With purchase, the tablet comes with a Smart Charging Station, which docks up your tablet while keeping it charged and “turns your tablet into a smart speaker with a screen.” The tablet also features mid-field voice recognition with dual mics (including dedicated digital signal processors) and a dedicated signal chip.

As soon as we have official availability, we’ll update you.