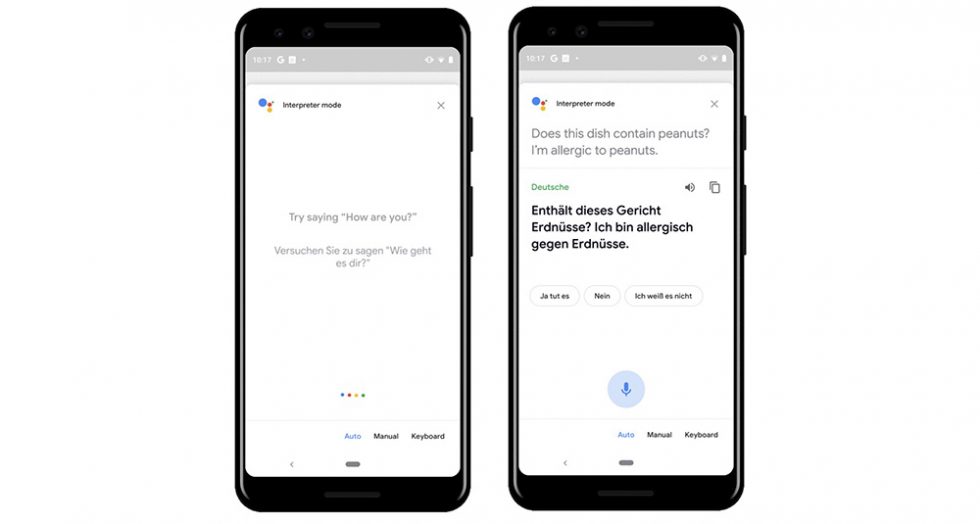 When Google announced its “Interpreter Mode” for smart displays and the Google Assistant at the beginning of the year, I couldn’t help but wonder why smart displays were first and not phones. Google didn’t clarify that to me today, but did announce Interpreter Mode support for both Android and iOS phones. Hooray!

Not familiar with Assistant’s Interpreter Mode? It’s a pretty cool idea, where you ask the Assistant to be your translator as you stand next to someone whose language you may not speak. As it opens, you both can talk and the Assistant will translate languages to each other out loud to help you have a conversation. As I mentioned earlier, this first arrived on smart displays in places like hotels, but now we’re getting the same action on phones.

To use Interpreter Mode, you’ll simply say something like “Hey Google, be my German translator” to Google Assistant on your phone. Assistant will then kick into mode and prepare to translate for you as you hold a conversation with another person. As each person speaks, Assistant will translate through audio and on your phone’s screen. It’ll even offer smart replies to help with the conversational flow or the keyboard, should you feel like typing.

If you aren’t yet seeing it when asking the Assistant to be your interpreter, as long as you have Google Translate installed, it’ll open that to help you. Once the new mode hits your phone, Assistant will then be able to handle it all without the need for Translate.