In a surprise move after first learning that they might not show up for weeks, Google Stadia just sent out buddy passes to Founder’s Edition owners! The codes are arriving now for users who want to share the Stadia experience with a friend.

To check for your Buddy Pass, head into the Stadia app and tap the top left corner icon. You should have a message waiting with the code and quick ways to share it.

What is the Stadia Buddy Pass? It’s a perk that was a part of the Founder’s Edition that allows users to share 3 months worth of Stadia Pro with another person. It’s basically just an invite code you can handout that someone (who hasn’t already signed-up for Stadia) must use within 3 months. It also should let them grab their Stadia name before the rest of the world gets access and takes all of the good ones.

Again, we were told these could take at least 2 weeks to show up, but the Stadia team just dropped the news on us and sent out a wave of emails. Our code has already arrived and I’m hoping Tim used it to claim whatever name he wants. 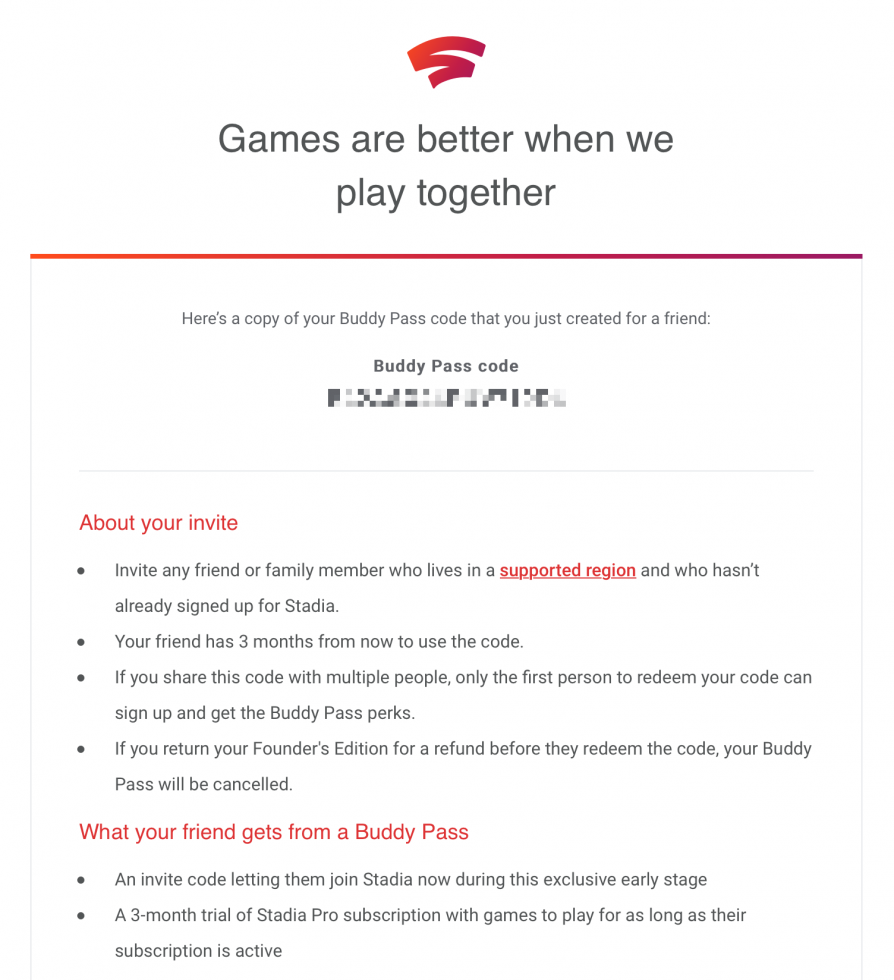