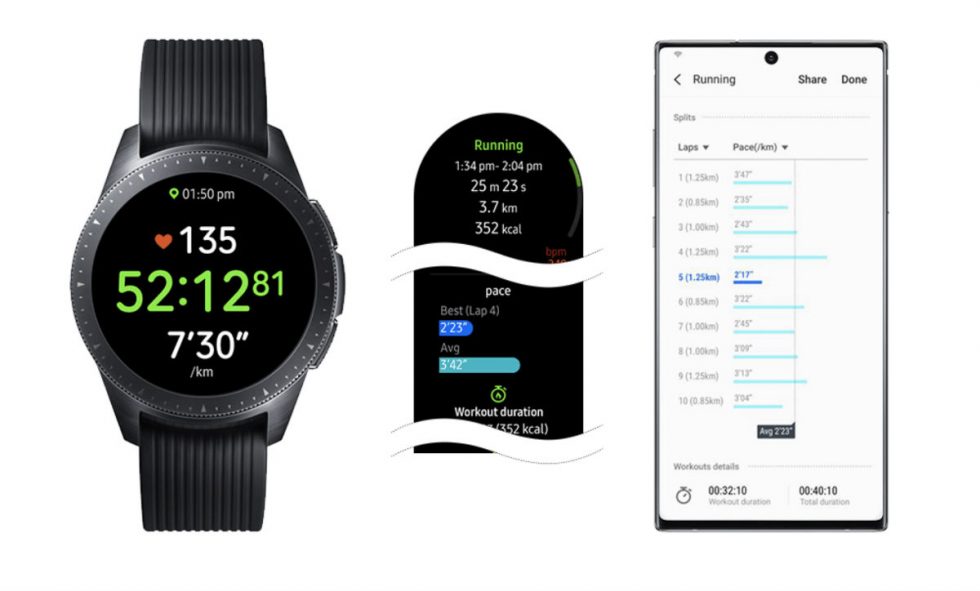 For fans of Bixby, the update will include a fuller version of Samsung’s digital assistant. With it, you’ll be able to start exercise routines, find out time differences between places, and easily control a SmartThings ecosystem. On top of that, Bixby’s expanded language capabilities include British English, French, German, Italian and Spanish.

Customization is also a big part of the update. According to Samsung’s announcement, “Across all of our Galaxy Watch models, users will now have access to 24 new sub-dials and complications, building on the 17 already available, making the watch even more customizable, so users can access exactly the information they want, where they want it.”

For the UX, there are quite a few changes you’ll notice — Icons for in-use apps have been moved to the bottom of the watch face, the current time will now always be displayed on-screen when the stopwatch app is in use or users are on a call, users can more easily customize icons in the quick panel, easier user interaction, new emoji offerings in a range of diverse skin tones, and for Galaxy Watch Active users, a new touch bezel interface is included in the upgrade.

Samsung states that the update will begin to roll out region-by-region starting today.