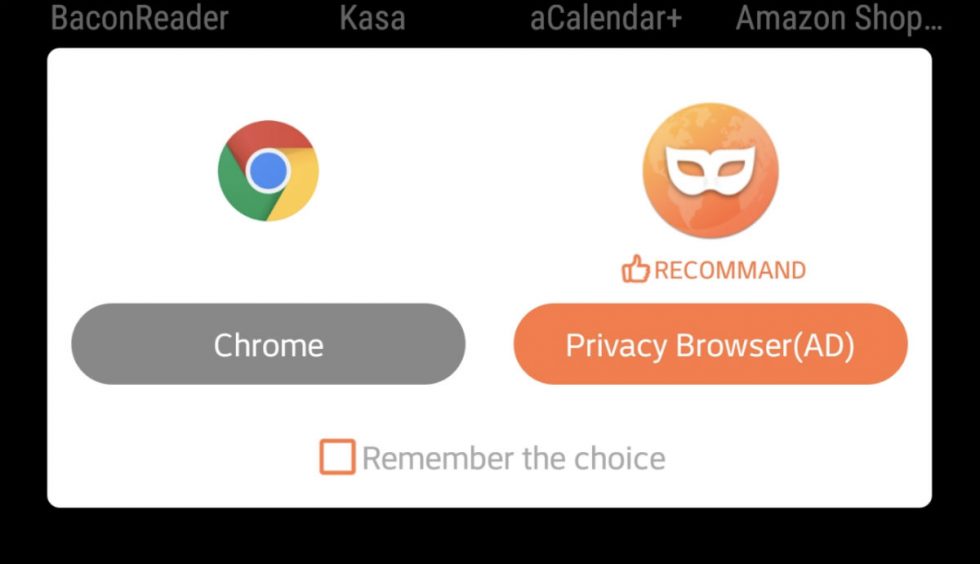 If anyone still utilizes Apex Launcher, you may have noticed the introduction of an invasive advertising method that prompted users to download and use the launcher developer’s own Privacy Browser app over things like Chrome and Firefox. According to users on reddit, the pop-up in question, which looks a little too much like a system prompt, would appear when you went to open up another browser app.

Obviously, it’s a pretty lame move on the part of the publishers behind the Apex Launcher app. In retaliation, reviewers are taking to Google Play to 1-star the app, which seems appropriate.

However, none of this should be surprising anyone. If we look back only a year or so ago, Apex Launcher received an update that essentially turned the app into an ad delivery platform. From the official Apex Launcher website, “Millions of people use Apex Launcher on their Android devices everyday. Our app recommendation platform will help your app reach the right audience at the right time.”

Yeah, I’d go ahead and uninstall that nonsense immediately. 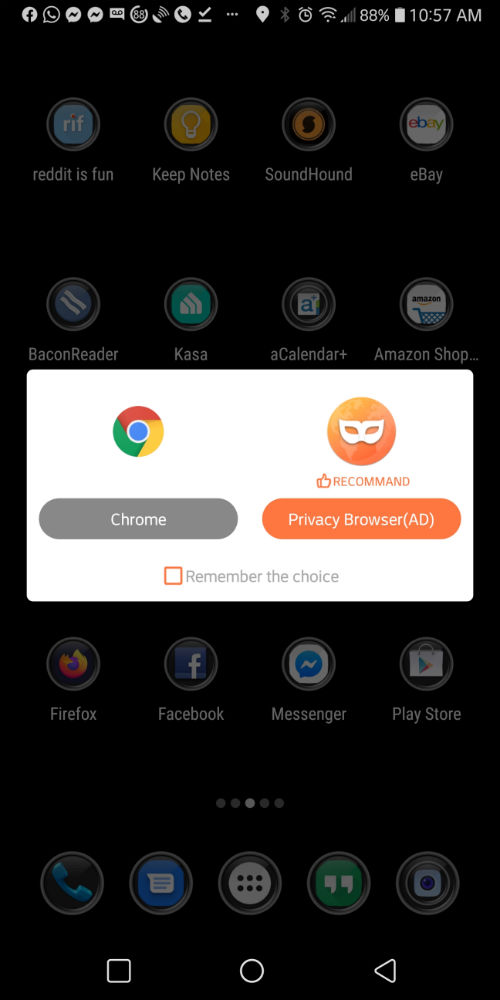