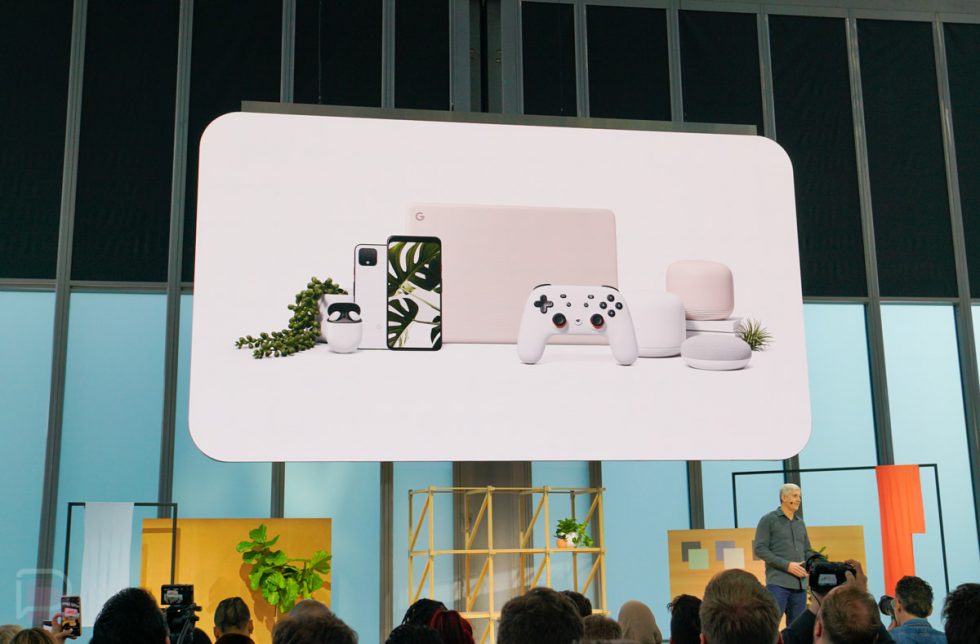 Google announced a bunch of new hardware yesterday in a variety of product categories. New phones were the big story, but they also brought us a new Chromebook, upgraded Nest Mini, upgraded mesh WiFi system, and showed off their first true wireless earbuds that will arrive at some point next year.

As a part of that new hardware line-up, there were other things worth noting, like new Nest Aware plans, Google’s impressive new Recorder app, availability of the Pixel 4 line-up at all major US carriers, a Stadia launch date, all of the improvements to Google’s camera app, and the fact that a whole bunch of their new products are made with recycled materials.

I’m curious, though, which was your favorite announcement? Or better yet, what was the most exciting announcement?

I think for me, I’d probably say the Pixel Buds, even if there were no working units around and we have no idea when they’ll ship or if they’ll be any good. Maybe it’s the mystery of them, but something about Google taking a stab at truly wireless buds after putting what appears to be a ton of time and energy into the category, is exciting. The Pixel 4 is still something to care about too, mostly now because we can finally test each new feature rather than watch someone across the globe gloss over it in a leaked video.

What were you feeling from yesterday’s event?