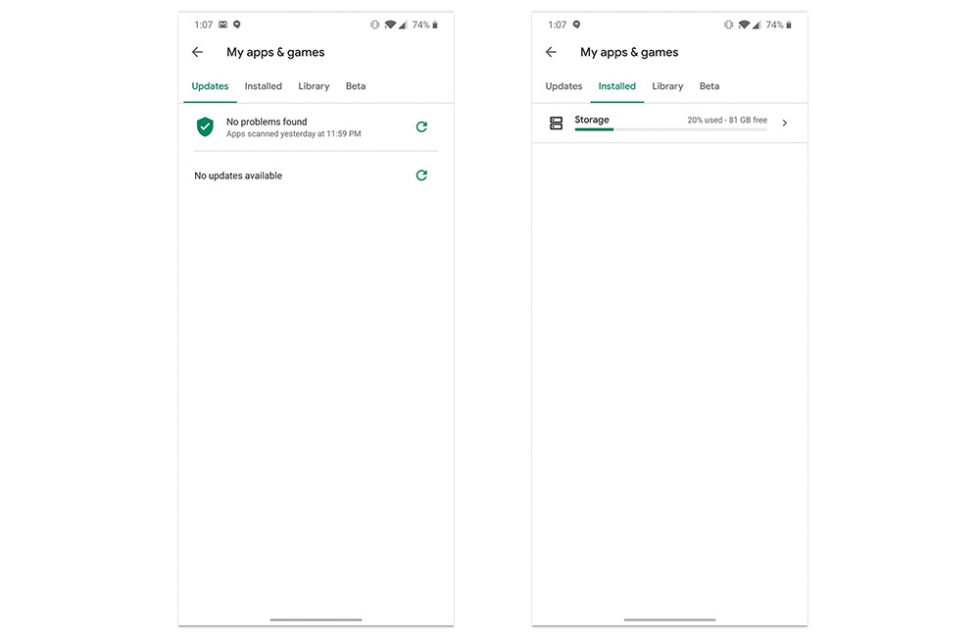 A couple of hours ago, I dropped into Google Play on my OnePlus 7T to check for any app updates, like I do multiple times per day. There was nothing unique about the move, only once I got in there, I noticed that the page was blank and showed no recently updated apps. Same goes for my Pixel 3. After asking around on Twitter, it appears that I am not alone.

As you can see from the image above, both the Updates and Installed pages in Google Play are showing as blank. They show that no updates are available and that I apparently do not have any apps installed. That’s weird, right?

Clearing cache and force stopping Google Play doesn’t fix it, nor does a reboot. The version of Google Play I’m using on both phones is v16.7.22.

Your Google Play OK at the moment? If not, stick around and we’ll try to update this post once everything is cleared up.