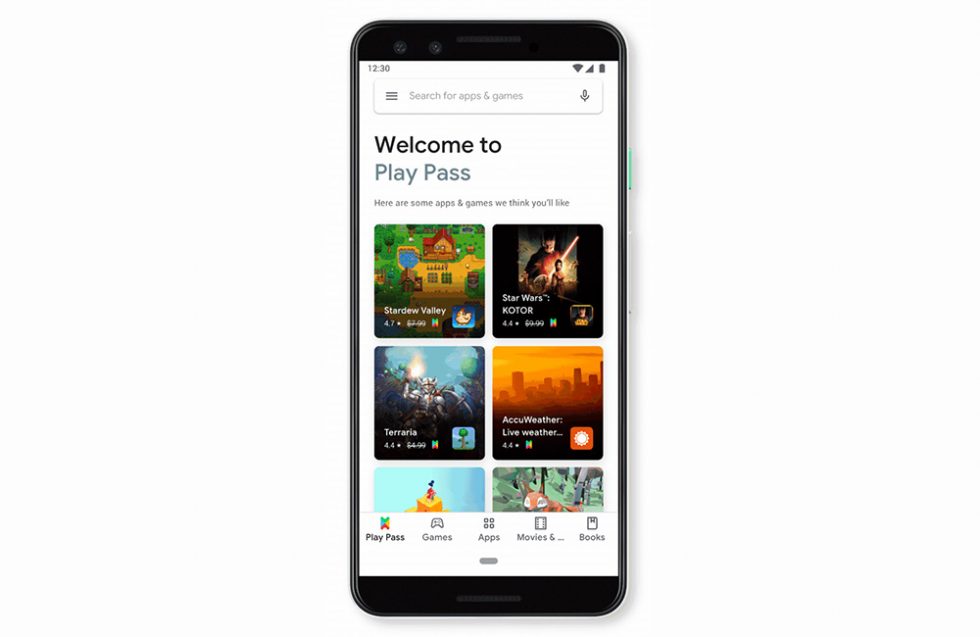 Google Play officially revealed its Google Play Pass today, an app and game subscription service that costs $4.99/mo, giving you access to 350+ titles. Those titles, as a part of Play Pass, won’t have ads, in-app purchases, or paywalls. A launch promotion will get you access even cheaper for the next year.

Some of the apps and games you’ll find include Terraria, Monument Valley 2, Risk, Facetune, Star Wars: Knights of the Old Republic, and AccuWeather, as well as other lesser-known titles like LIMBO, Lichtspeer, Mini Metro, and Old Man’s Journey. Google plans to add to new titles and apps on a monthly basis.

Once available, you’ll find a special Play Pass tab in Google Play that’ll show you all that’s available. That shortcut should show up in the bottom navigation bar. If you aren’t in that special tab, apps and games a part of Play Pass will have a ticket icon next to them to show you that they are a part of your plan.

Google Play Pass will be a part of your Google Play Family Library, so you can share your subscription with five other family members. Each member gets to access the Pass individually, so everything stays separate.

Google Play Pass is first available in the US starting this week with additional countries getting access “soon.” To check to see if you can access it, swipe open the side menu in Google Play and look for “Play Pass.”

LAUNCH DEAL: To help launch Play Pass, Google is offering it up for $1.99/mo for the first 12 months. To get that deal, you’ll need to sign-up before October 10.