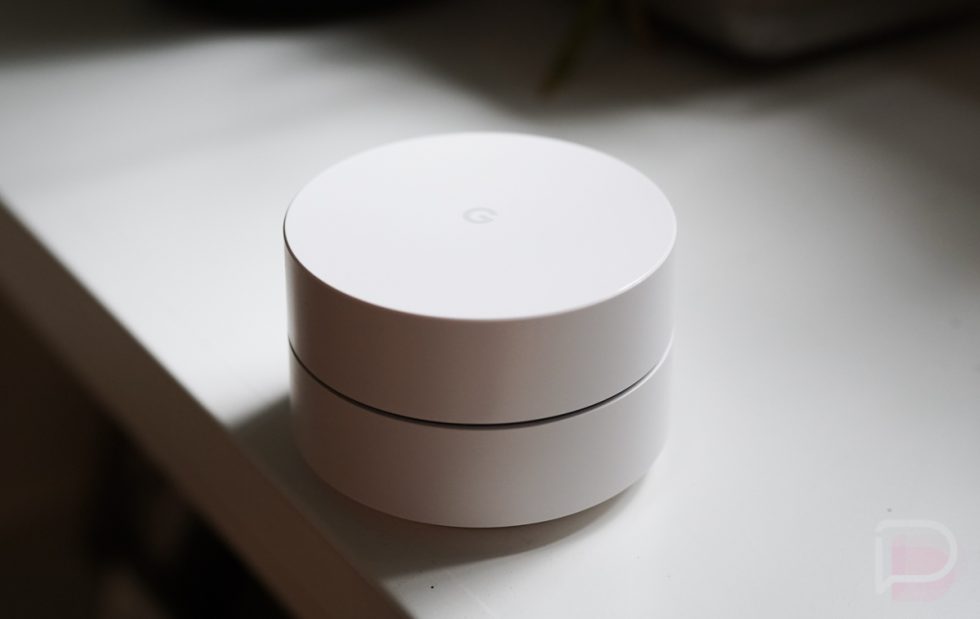 Google’s Pixel 4 won’t be the only new item on display at their October 15 event. During their time in from the camera, Google plans to show off a “new Pixel phone and Connected Home devices,” which has us thinking Google Nest Mini and maybe something else. That “something else” could be a replacement for Google WiFi.

According to a report from 9to5Google, Google will show off the Nest WiFi, a mesh WiFi system that will help your house with connectivity and also give you Google Assistant speakers throughout.

To describe this new Nest WiFi, the best comparison is to the newest Eero and Eero Beacon system. With that product from the Amazon-owned router maker, you have a WiFi hub of sorts that is then expanded through outlet-pluggable beacons. I actually have that system in my house now and love it because of how easy it is to get WiFi in every room. The Nest WiFi is said to be very similar to that, only those beacons will have Google Assistant speakers built-in.

So you’ll have your main Nest WiFi hub that plugs into your modem. That’s where all that lovely internet juicy will flow from. After that, you will be able to expand throughout your mansion, giving you Google Assistant speakers where you need WiFi too, assuming you don’t already have Google Minis everywhere. To add to the appeal, this new Nest WiFi is said to be compatible with the Google WiFi system you may already own.

The full specs for Nest WiFi aren’t currently known (it better be faster than Google’s current old and slow WiFi), but you should expect handoffs between mesh points, auto band switching, updates, etc.

Finally, Google might make this new Nest WiFi in a handful (3) of colors to help match your designer digs.