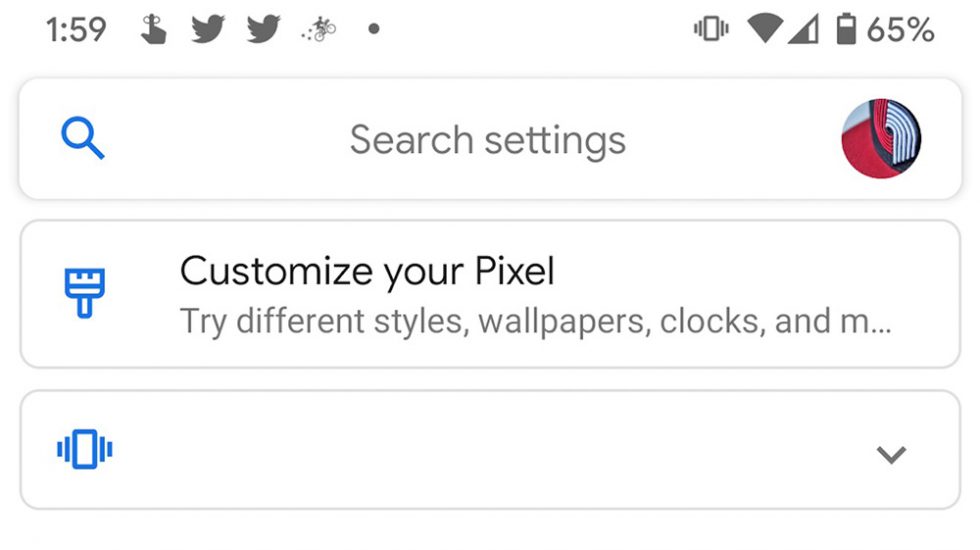 An earlier Android Q beta revealed a possible upgrade to the way Google lets you customize its Pixel phones. Rather than a simple wallpaper picker, Google appeared to be working on a theming app for its Pixel phones that would let you tweak accent colors, icon shapes, and fonts. We wondered if that might ship with stable Android 10, but it still hasn’t arrived, maybe because Google is saving it for the Pixel 4. Either way, we think we now know what Pixel Themes will look like.

To back up a bit, just before Android 10 launched, we started seeing a related notification to that Q beta tease within settings on Pixel phones that asked us to “Customize your Pixel” by trying out different styles, wallpapers, clocks, and more. If you tapped on that suggestion, you were simply brought to the wallpaper picker without choices for any of the things mentioned. In fact, that screenshot above was taken today, so Google has fully given-up on hiding this upcoming feature.

Today, the folks at XDA believe they discovered a gallery of photos that shows off what the Google Pixel Themes will be (they also tinkered with the app). Below, you’ll see a couple of those shots and how this whole Pixel theming process might work. 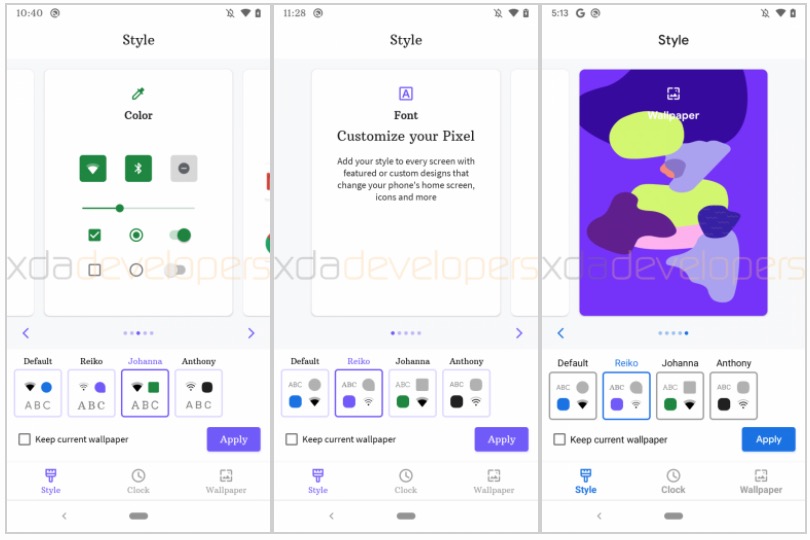 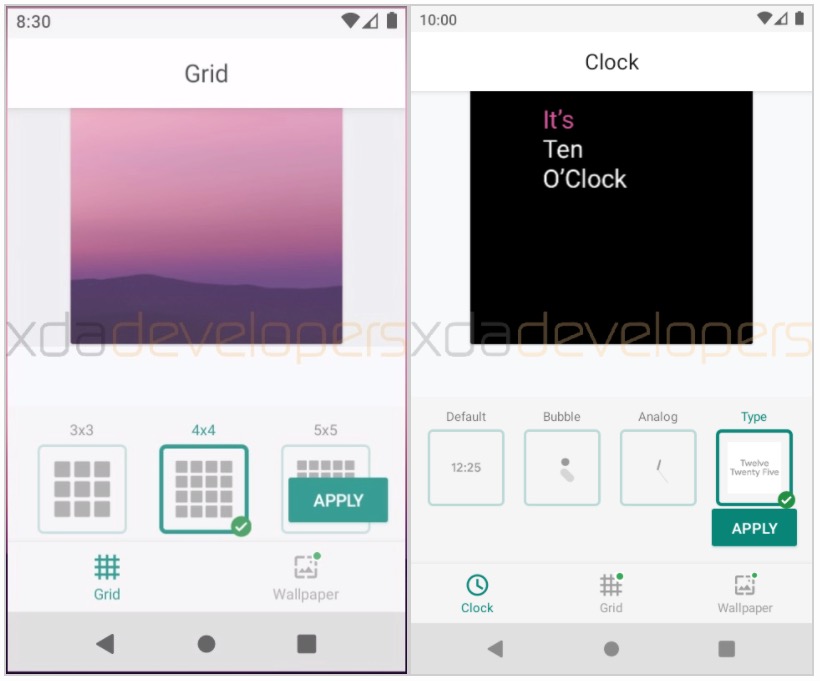 To get into it, you’ll long-press on the home screen which will bring up a new menu option for “Styles & wallpapers.” Within there, it’s all pretty self-explanatory. There are Style, Clock, and Wallpaper sections, as well as a potential Grid tab.

The Style section will let you customize fonts, accent colors, and wallpapers. The Clock tab will let you tweak the clock, likely the one that you will see on the lock screen, with a few different styles from digital to analog and text clocks. The Grid tab, if there on Pixel phones, should let you adjust the home screen grid with 3×3, 4×4, and 5×5 layouts.

Again, my guess is that Google is saving this for the Pixel 4 launch in a month to add to its list of features. It probably should have just been a part of Android 10, but Google has tried to highlight new exclusive Pixel software during its Pixel launches in recent years and this is the type of feature that would line up well with that trend.