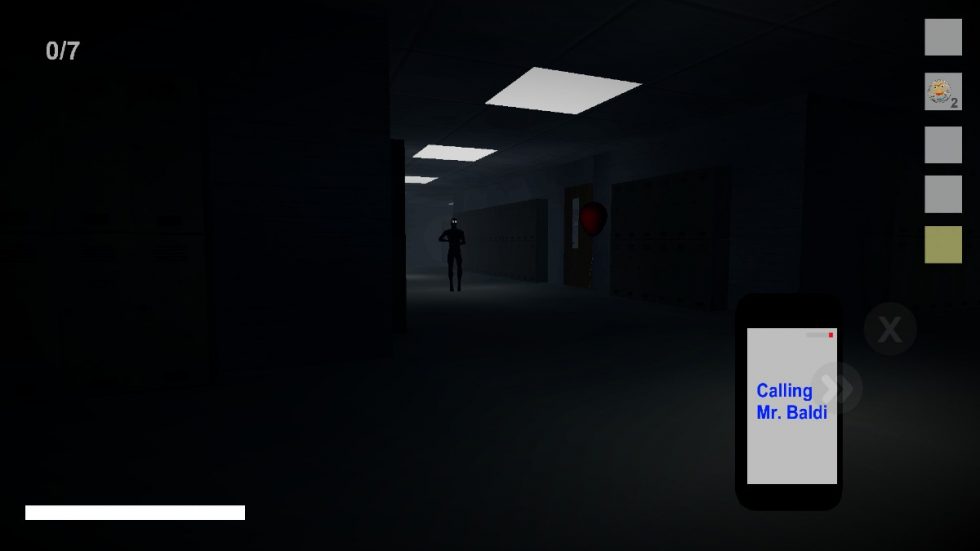 I don’t do horror games. Back in the day, I had a hard time playing Resident Evil 2. I just don’t like getting scared by video games, even though I love horror movies. With that out of the way, Baldirmore’s Highschool, a popular PC horror survival game, is now available for Android devices.

The game’s description seems easy going enough, but I won’t take any chances on jump scares.

You wake up in your highschool at night. You have no memory of how you got there. All the doors are locked. You hear footsteps and a faint slapping sound. Something’s wrong… Find a way to escape the school or try to survive the night. Use various items to help you escape and uncover the secrets of Baldimore’s Highschool.

Throughout the game there are puzzles that need to be solved the secrets that need to be revealed. There are special in-game items, as well as hidden rooms for you to discover. According to the developer behind this title, “The Android version has everything the PC version has and much more. I have added a lot of features to the game such as updated cutscenes, more endings, new items, and many new secrets to uncover.”

The game is free to download and play, but there are in-app purchases available. I’d greatly appreciate if someone else would play this and let me know how scary it is. Thank you.