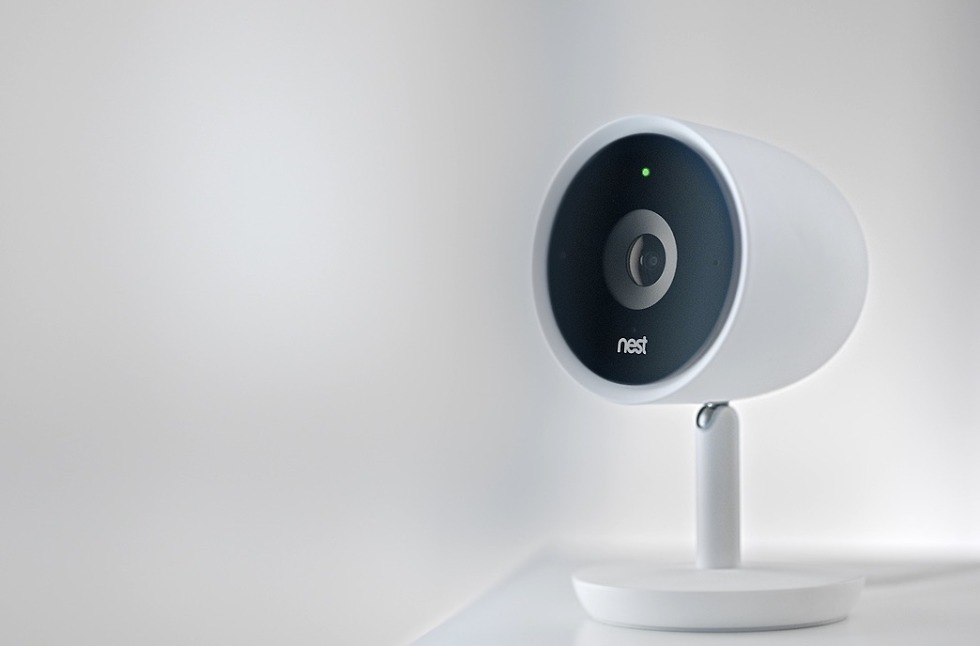 Google sent out emails to Nest camera owners yesterday that has them rightfully pissed off. Starting almost immediately, a change will hit your Nest and Dropcam cameras (including Nest Hello doorbells) that will remove your ability to turn off their status lights while they are in use and recording.

So going forward, the camera you may use as a security camera, will no longer be able to hide in a dark corner, out of the eye of someone who may try and break in to your house or steal something. Instead, an indicator light will let them know exactly where your cameras are at all times, likely helping them avoid being seen. Great!

Additionally, if you use a Nest or Dropcam camera as a baby monitor or inside your house, an annoying light will always be present on the camera while they are on. Google says you’ll be able to dim them, but come on, that’s not exactly ideal.

Why is Google making this change? It’s a part of their “commitment to privacy,” where they feel like everyone in the world should know if the camera you bought to monitor your house is recording. They have decided this is best and you have no choice over it, just so we’re clear.

Here is the email being sent to Nest and Dropcam owners: 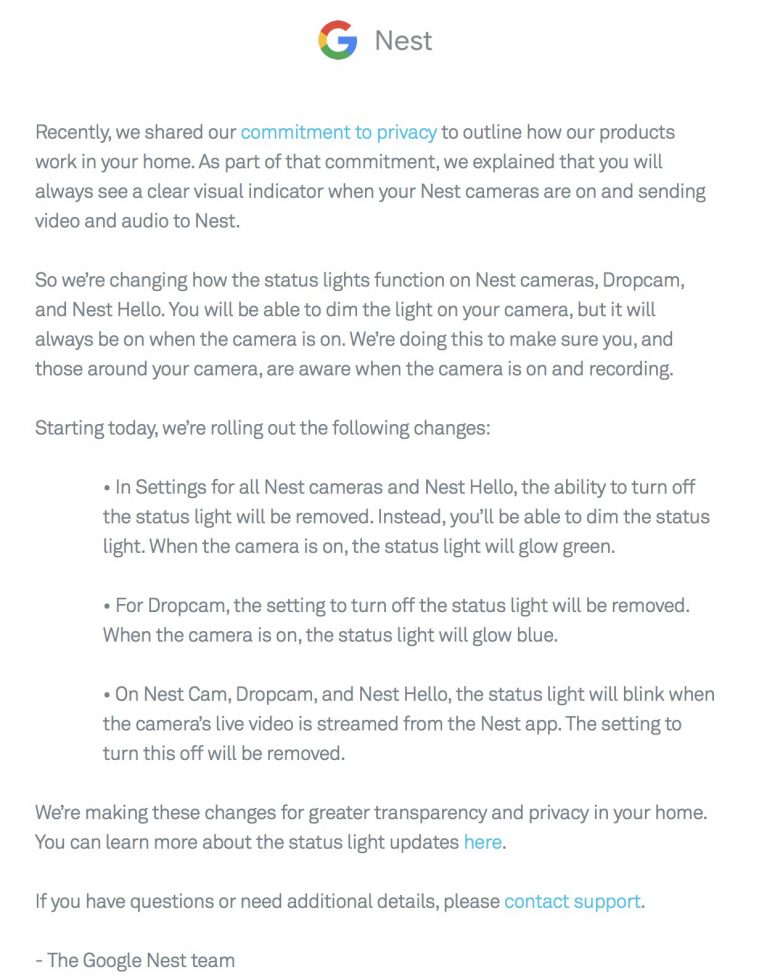 In case you were wondering, Nest and Dropcam owners have begun to weigh-in over at Google’s Google Nest community forum. I’m not sure that I’ve read a single comment of someone in favor of the change, with most pretty upset because a product they bought will no longer work as they bought it.

Feel free to let Google know how you feel, though I’m not sure we’ll change their minds.