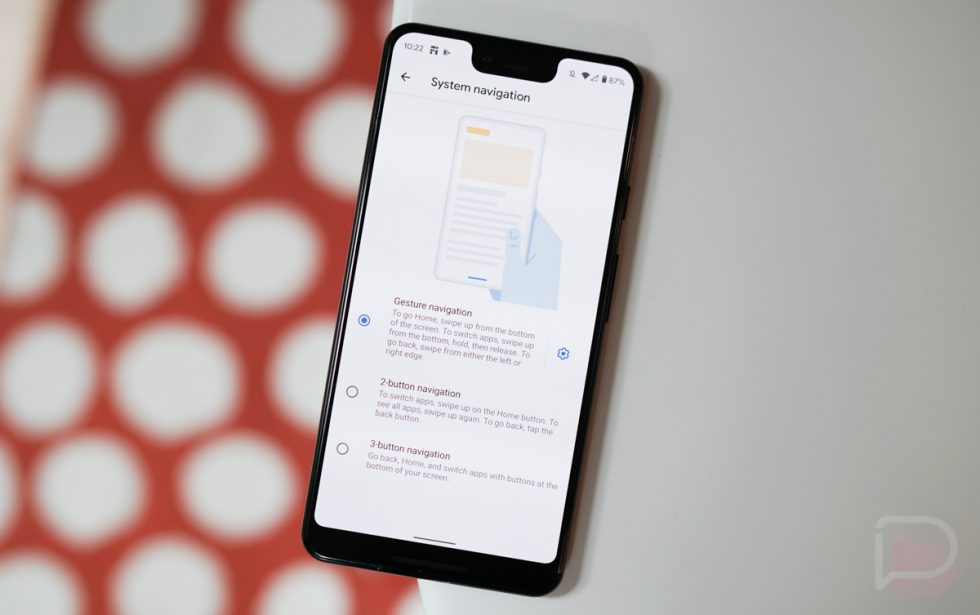 Because Google’s full gesture navigation system in Android Q is so awful, Google is trying its hardest in the final stages of the Q beta test to try and salvage it. With Android Q Beta 6, Google has added a back sensitivity option that is supposed to help in some way ease the struggles introduced by a back gesture that works against the majority of the way Android is built to work.

You’ll find the new option in Q Beta 6 if you head into System>Gestures>System navigation. Should you use the Gesture Navigation option, a settings icon to the right of it will pop-up the new Back Sensitivity slider (see below). The pop-up points out that a “higher sensitivity may conflict with any app gestures along the edges of the screen,” which is exactly the issue of a back gesture that swipes in from the sides of a phone. 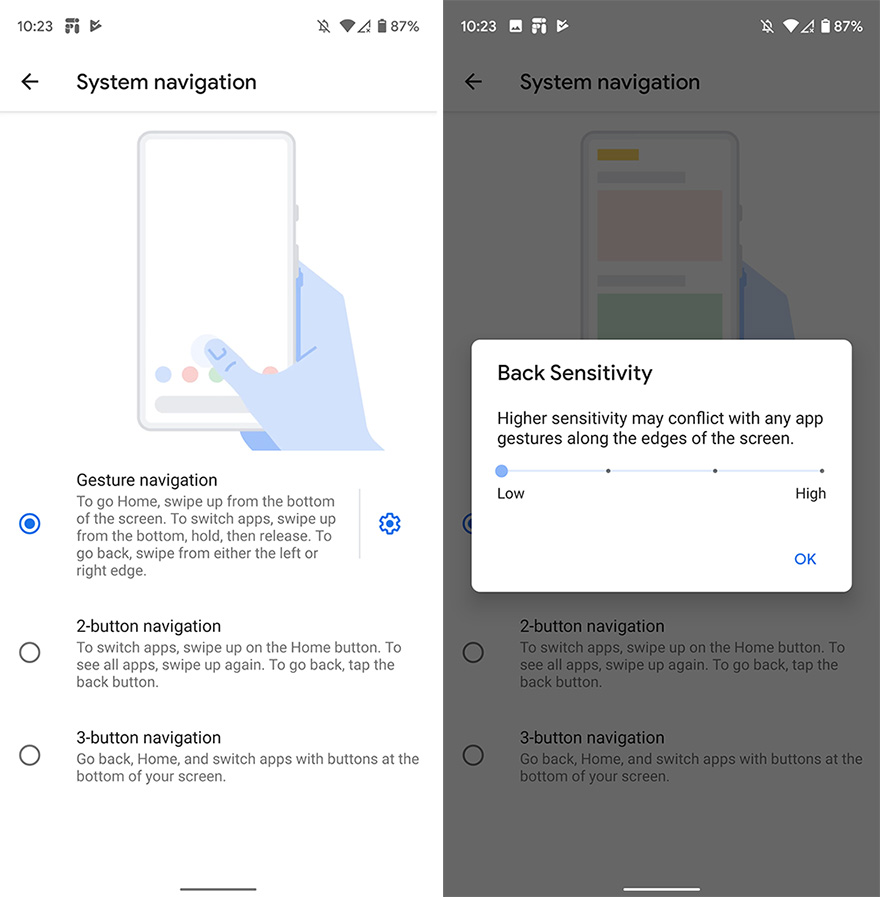 By adjusting that slider, I have no idea what exactly Google is trying to change here. I can tell you that I dropped mine all the way to “low” and am finding that trying to access the Google Play slideout side menu is still as difficult as it has always been with these new gestures. It might help with the press-and-hold motion they introduced in Beta 5 that lets you peak a side menu out, but that’s not great. When I want to access a side menu, I want to swipe it out – I don’t want to press, hold, pray to whatever god there is that it registers that hold correctly (which it probably won’t the first time), and then swipe.

These gestures are bad. A side back gesture is dumb.