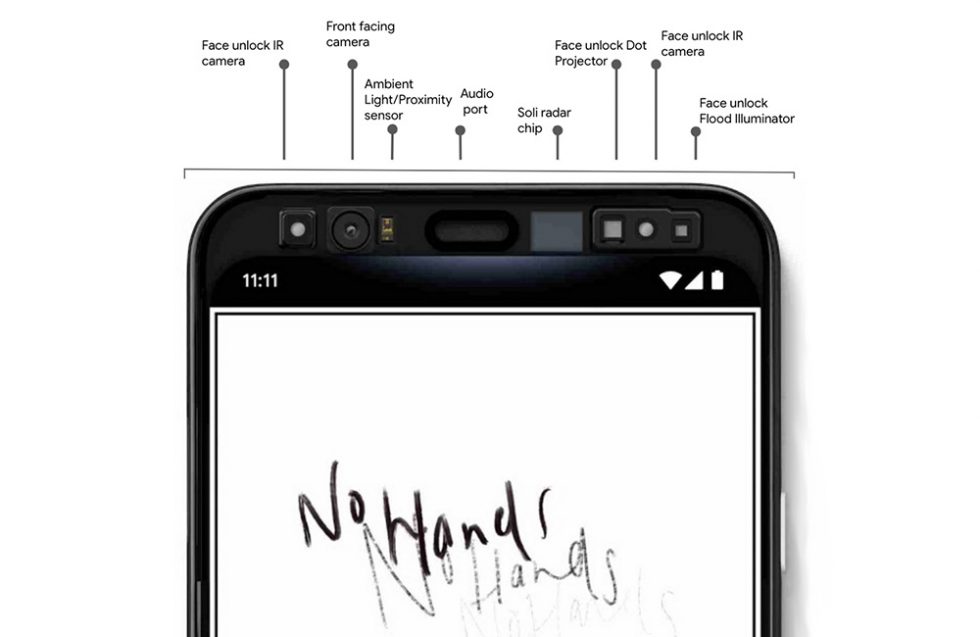 Now that Google has confirmed an Apple-esque face unlock system for its next phone, we need to seriously consider the idea that the Pixel 4 and Pixel 4 XL may not have a fingerprint reader. If that’s the case, are you cool with that?

I bring it up because Google has now given us a view of the backside of the Pixel 4, along with today’s full write-up on face unlock and the various sensors used to make that magic happen. What Google hasn’t showed one bit of in either teaser is a fingerprint reader on the backside, frontside, or sides of the phone. While I’m sure they wanted to spend time today hyping the face unlock capabilities and the Soli chip, it would have been fitting to say, “Oh and since we’re talking front of the phone, we put this sweet in-display fingerprint reader in too.” They didn’t.

To add to the idea that Google may have left out a fingerprint sensor, we can look back at a leak from Lewis Hilsenteger of Unbox Therapy. His video from June showed off metal models of the Pixel 4 and 4 XL with the same design that Google has confirmed. In that video, he suggested that the Pixel 4 may have an array of 5 cameras or sensors at the top of the phone’s front for face unlock purposes. We now know that to be true as well, so when he mentioned that neither phone would feature a fingerprint reader, you have to take his claim more seriously.

My guess is that Google is going the Apple route and ditching fingerprint readers for more advanced face unlock. I may not love the idea, as I’m the type who is still a big fan of rear-mounted fingerprint readers, but in this industry, we know Apple’s influence still weighs heavy.