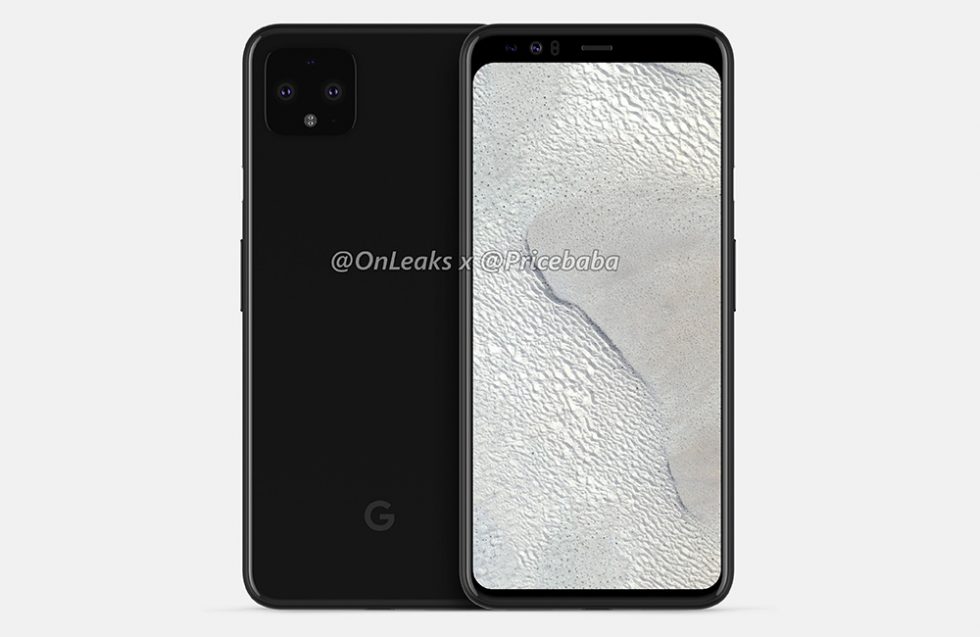 Our first full look at the Pixel 4 is here.

The full 3D renders of the Pixel 4 and Pixel 4 XL have arrived. Thanks to CAD images likely pieced together from schematics provided to case and accessory makers, this should be the closest we’ve seen to a full outing of Google’s next phones.

The latest Pixel 4 renders were provided by @onleaks, who has provided accurate images like these for years. They reportedly show the Pixel 4 XL, but the Pixel 4 should look identical, only smaller in size.

The back renders aren’t going to be new to you, since Google already gave us those a few weeks back. Well, we apparently have a confirmation of glass back there, so there’s that bit of disappointment. The front, though, that’s something new.

As you can see here, the front of the phone is top-heavy without a notch. We have a minimal chin that is contrasted by a thicker forehead that houses  a dual camera setup, as well as a sensor (or two?) of some type and a speaker/earpiece. The front display weighs in at around 6.25″ and the phone’s dimensions are 160.4 x 75.2 x 8.2mm. In case you were wondering, those measurements are slightly taller and thicker than the Pixel 3 XL, but not as wide.

Power and volume buttons are in familiar positions on the right side of the phone, there isn’t a headphone jack present, a USB-C port and speaker holes sit at the bottom, no rear fingerprint reader is found, and that’s pretty much it.