Verizon may be on the verge of an entire unlimited plan makeover after not having introduced anything new in unlimited in over a year. The Verizon site updated in recent weeks with an info box that mentioned Do, Play, and More Unlimited plans, none of which are currently an option from Verizon.

I traced the change as far back as June 24, so the names of these potentially-new plans have been hiding in plain site for some time. They were discovered today over at reddit and then almost immediately removed. The new Do, Play, and More Unlimited plans can no longer be seen on the live Verizon site.

In the first image here, you can see all three plans listed on Verizon’s 5G phones page as if all three will be eligible for use with 5G. In the second image, which is how the site currently shows, only Above and Beyond Unlimited plans are noted as working with 5G. And that is currently the case, with the Go Unlimited plan not eligible for 5G service. 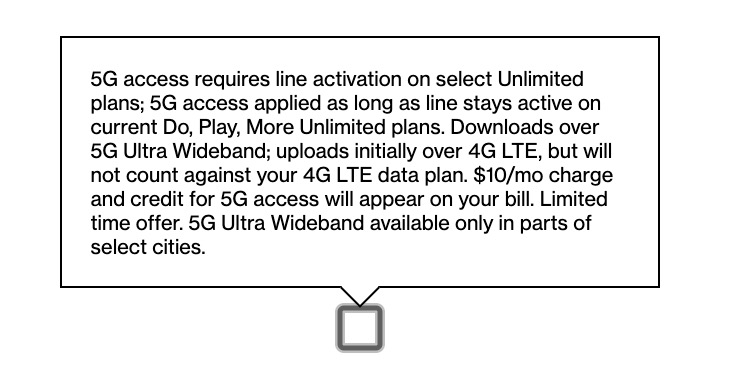 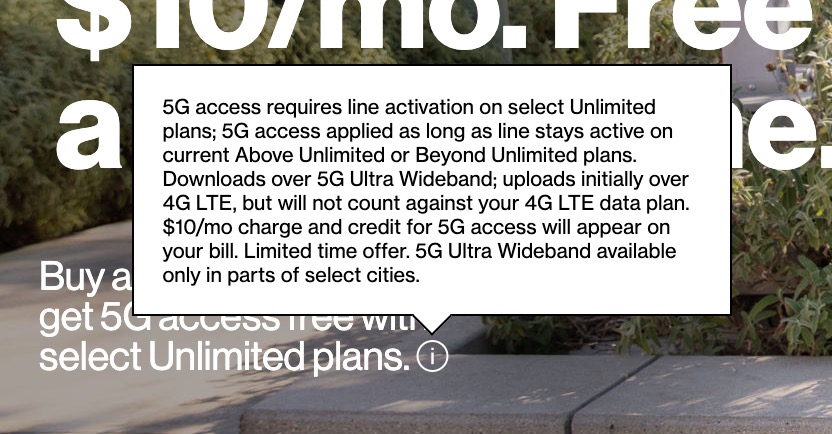 We didn’t find any other mentions of these three new plans, so we don’t know how they’ll be setup if they are introduced in the near future. It sure looks like none of the new plans includes 5G access, though. But because they will all have the option to add 5G, you have to wonder if we’re closing in on a bigger 5G push from Verizon.

Right now, the current Go, Beyond, and Above plans differ by offering varying levels of prioritized LTE data, along with higher-quality streaming and hotspots.