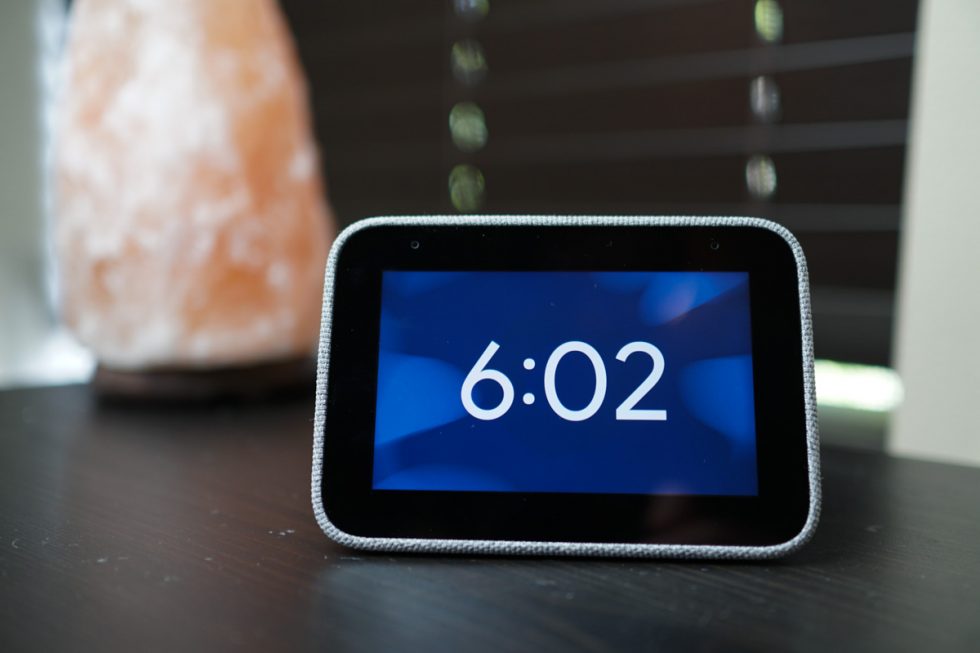 Here we are, reviewing smart clocks. 2019 is awesome! After waiting months for Lenovo to release the Smart Clock since its unveiling at CES this past January, the time has come! Priced at just $79, there isn’t a lot you need to know about this little device, though, I can tell you what not to expect from it.

This is a clock that features Google Assistant — nothing more. It’s not a smaller option to the Google Nest Hub or even a competitor to Amazon’s new Echo Show 5. All this device does is show you the time, play music, provide info via Assistant, and that’s about it.

If you’re okay with that, then let’s dive a bit deeper, shall we? 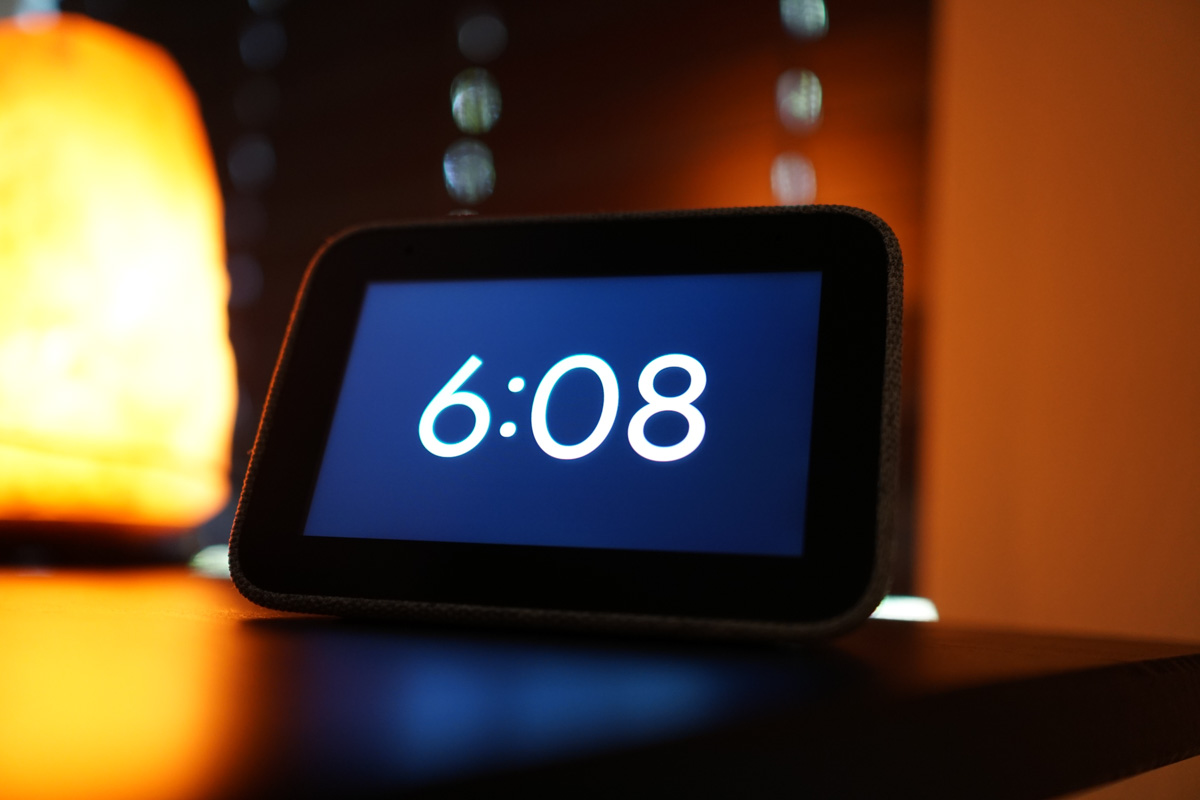 The Smart Clock is rather small, featuring a 4″ IPS touchscreen display. Navigating the UI is much like a larger Smart Display from any number of manufacturers, with swipes from the sides, top, and bottom of the display being the method for getting to the different features. You may think swiping on such a small screen might be a pain, but for me, I think the size of the Smart Clock is ideal. When laying in bed, it’s just the right size to reach over and control when editing alarms.

On the backside there is the power port, a mic on/off switch, and a USB 2.0 charging port. On the top of the clock, along with its cloth exterior are two volume buttons. Beneath the cloth is the speaker, which surprisingly sounds pretty good for its size and gets plenty deep with bass. Overall, the hardware is very nice and reminds me very much of hardware from Google. 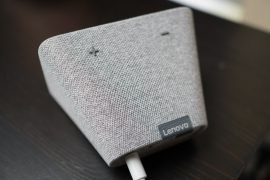 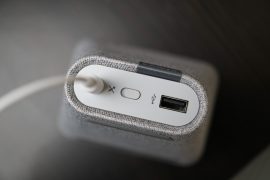 So, let’s go over what the clock does. The main point of it is to be an alarm clock and sit on your nightstand by the bed. It does that very well, but I did find it funny that there are only six alarm tones to choose from. Even my phone has about 20. The alarm tones are good, though. Past that, the Smart Clock does have Google Assistant, along with all of the features you expect from it. With it, you can get weather info, setup Routines, get traffic information, plus all of that other jazz.

Sadly, the Smart Clock is not capable of video playback, such as casting things from Netflix and YouTube. This is why the clock may be a tough sell. For those who had hoped they could set this on their desk at work as a smaller option to a Smart Display, that’s not a possibility. The Smart Clock is purely a clock with the added Google Assistant functionality. And unlike the Echo Show 5, the Smart Clock has no front camera, meaning you can’t use it for video messaging or anything of the sort. 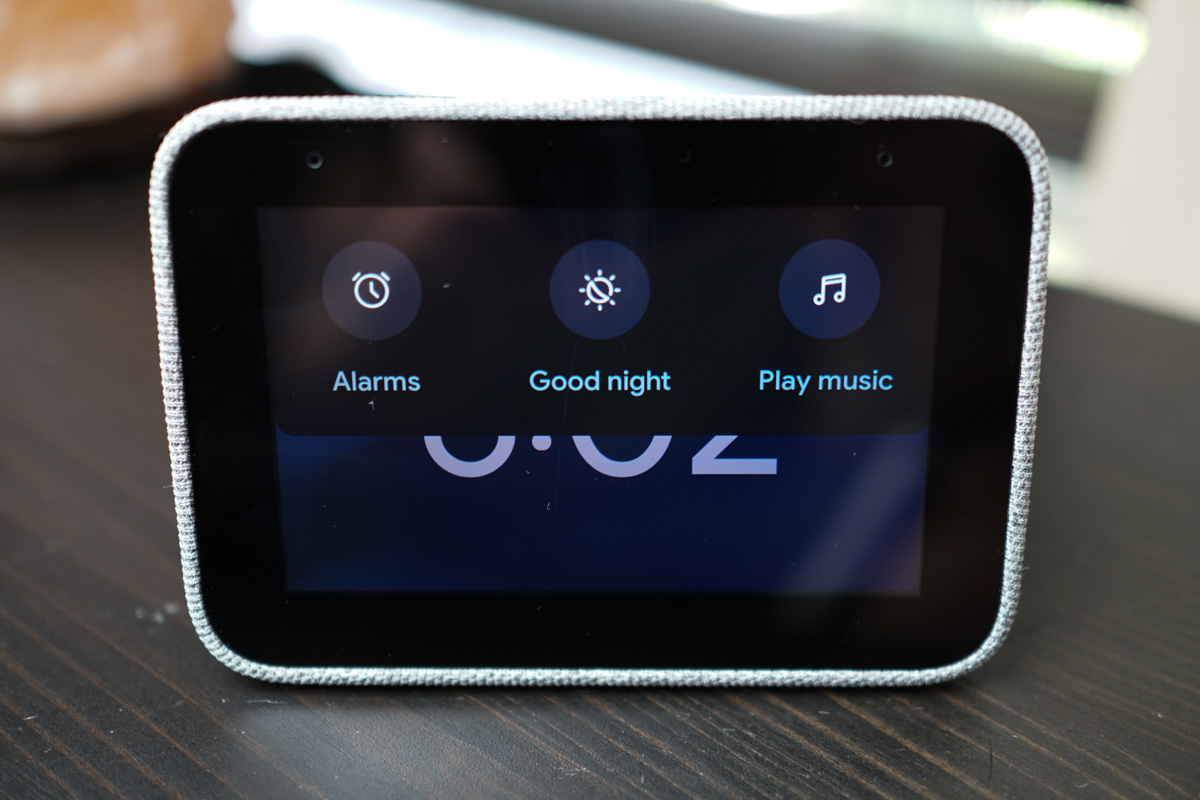 In terms of everyday usage, I quite enjoy it. Instead of tapping on the screen to snooze the clock or turn it off, you can actually bop the device on its top. A single whack will do. Give it a good smack and it will snooze the alarm until it comes ringing again, at which point you can simply whack it again or turn it off altogether. Personally, I like to snooze for about 30 minutes, so I whack it a few times every morning. 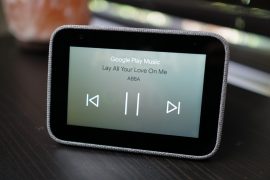 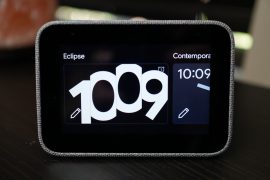 For those curious about getting camera streams to the Smart Clock, that is doable, but only with Nest cameras. Lenovo mentions that Google will be adding support for other camera makers down the road. Additionally, smart home controls are also supported, just as they are on full grown smart displays.

So, yeah, that’s about it. It’s an alarm clock with Google Assistant built-in. Is it worth $79? While I do enjoy it very much so, the fact that you can’t stream any videos to it is a big disappointment. Basically, this product will live on your nightstand and has a whole lot less functionality than the smartphone that likely takes up that current space. What I’ve done is plug the clock into the wall, then my phone into the clock via the USB port. It doesn’t charge fast by any means, but it works. At the end of the day, once I return this unit to Lenovo, I will not be going out and buying one to replace my phone as my dedicated alarm clock. 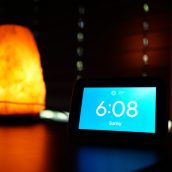 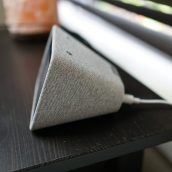 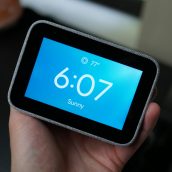 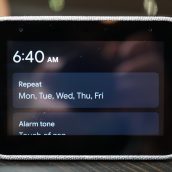 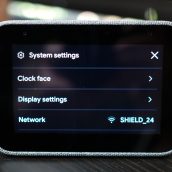 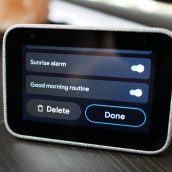