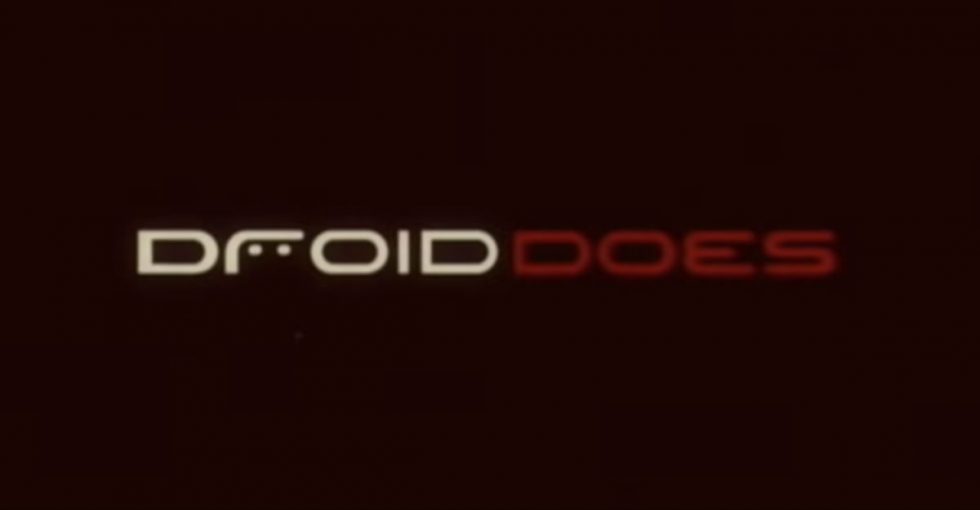 In April of 2011, Wired published a brilliant piece on the original Motorola DROID, a phone that many of you may have owned back in the day. Well, as cool as we all know that phone is and was, did you know that the OG DROID helped save three companies? Oh, indeed it did!

In 2009, Motorola, Android, and Verizon were struggling. iPhone was dominating, and at that time, it still wasn’t for sale through Verizon. So here are three companies, desperate for something major, then all of a sudden, here comes this somewhat quirky looking Android-powered slider phone with a marketing campaign that kicked the sh*t out of everything.

Everything iDon’t, DROID DOES.

Stepping further back, Wired’s original piece even goes over the design meetings and decisions made that led up to what we now know as the OG DROID. The following is an excerpt.

Now Jha had come to Google headquarters to unveil his design—and it was impressive. Jha promised a device that would be far faster than any other smartphone. He said its touchscreen would have a higher resolution than the iPhone. He said it would come with a full keyboard, for customers who didn’t like the iPhone’s virtual keys. He promised a phone that was thin and sleek, one that could compete with the iPhone on pure aesthetics. And, thanks to his longstanding relationship with Verizon, he offered the potential of a partnership with the country’s then second-largest wireless carrier; in fact, Motorola and Verizon had already discussed building a smartphone together. “We were all kind of jazzed,” says Hiroshi Lockheimer, one of Rubin’s chief lieutenants, who was at the meeting. “I think we said OK on the spot.”

But that optimism faded a few months later, in the spring of 2009, when the first prototype arrived in the Android offices. To Rubin’s eyes, they looked nothing like the designs Jha had presented. Indeed, they were hideous. Yes, there is always a gap between a manufacturer’s sketches and the eventual prototype, but Rubin and his team had so much faith in Jha that they expected him to deliver a phone much closer to the one he had pitched. Despair set in. “It looked like a weapon. It was so sharp and jagged and full of hard lines. It looked like you could cut yourself on the edges,” says someone who saw the prototype. “We were really concerned. There were a lot of conversations where we asked, ‘Is this really the device we want to do? Should we try to talk Motorola out of it?’”

I highly recommend going back and checking out Wired’s piece. It’s a great read for OG DROID fans.

Lastly, to help anyone here visualize the importance of the OG DROID, watch the below animation. This is a video showing global Android activations between October, 2008 and January, 2011. When November, 2009 and the OG DROID came to town, the struggles for three companies became history. Verizon is now the largest US carrier, Android is doing just fine, and if there is any sad part to the story, it’s that Motorola isn’t really the same company as it once was.