What looks to be the Pixel 3a and Pixel 3a XL have been recently entered into the Google Play Console database, a library of devices that developers can use to whitelist or blacklist from installing applications.

This is cool because the Play Console offers a few spec insights for these phones, but also hints at what’s likely a Verizon exclusive. We were already aware and worried about this, so this comes as no surprise. 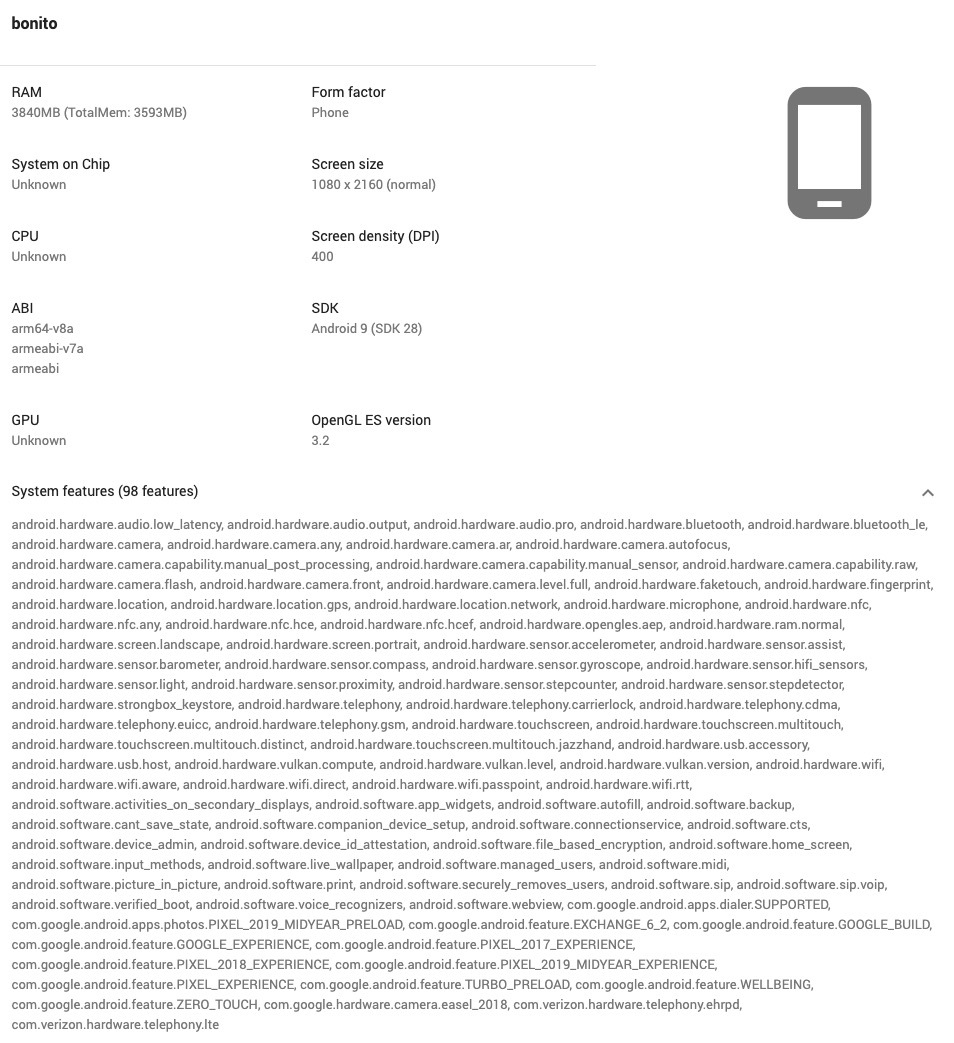 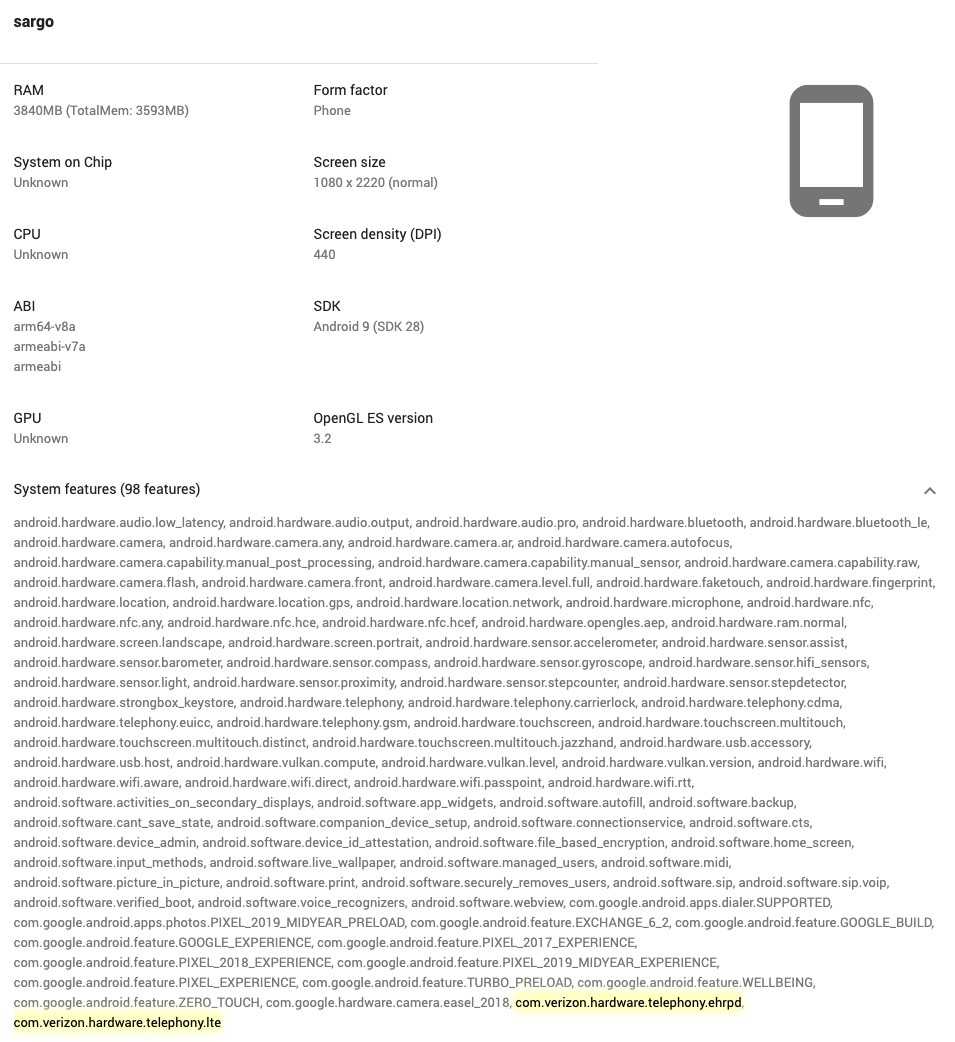 If you want more info on the upcoming Pixel 3a and 3a XL, don’t worry, Google isn’t great at keeping secrets.

Near the end of the listings, it specifically states “PIXEL 2019 MIDYEAR.” So, yeah, we suppose you can expect to see these phones become available near mid-2019.