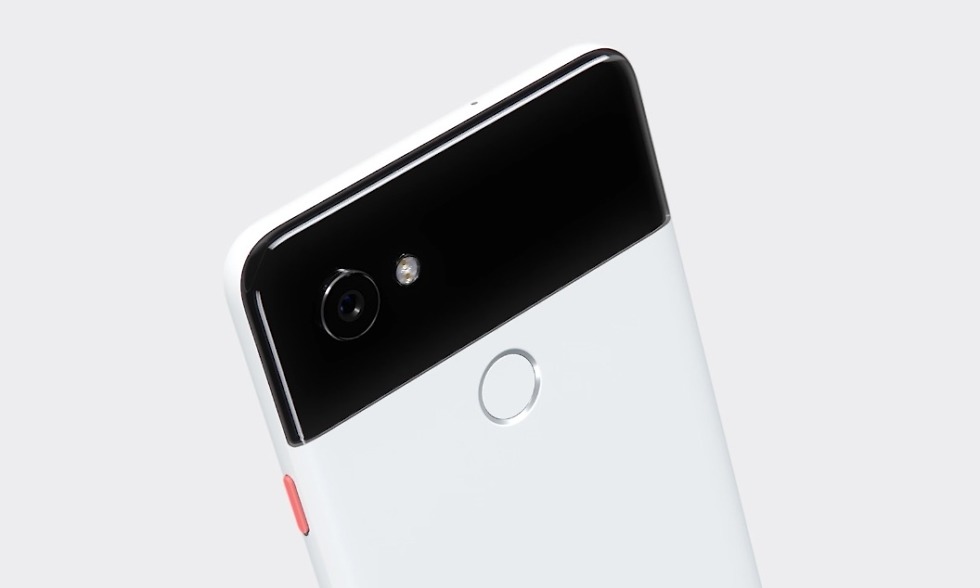 The Pixel 2 XL may be a year and a half old, but that doesn’t mean it isn’t still one of the best Android phones around (our review), thanks to steady updates, a rock solid camera, and no Pixel 3 XL notch. Buying might not be easy for long, though. I say that because it’s starting to age and deals will soon pop-up to clear out inventory. Take Best Buy’s current deal on it, for example, where you can buy one for $399, without a contract. That’s $450 off!

Now, this is technically the Verizon model. However, the Verizon model works on all carriers, so using it elsewhere shouldn’t be a problem. You still may need to activate it first on Verizon before doing that, assuming Verizon is utilizing its activation-unlock on the Pixel 2 XL. You’ll want to confirm that with Best Buy if you do plan to take it to another carrier right away. As for a longer SIM lock period, Verizon isn’t supposed to have implemented their new garbage 60-day lock policy yet.

Typically, when Best Buy hosts a deal like this, they will only give you the big discount if you sign-up for a 24-month contract or activate the phone today, but that’s not the case here. As you can see in the screenshot below,  the “Activate Later” price is also $399.99. 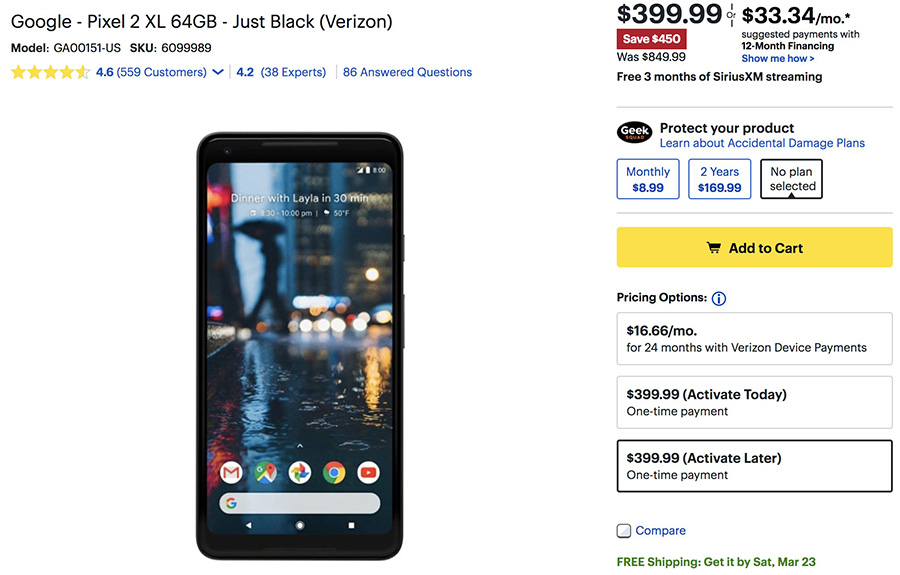