I grew up on Carmen Sandiego and it’s possible that I have her to thank for my generally decent geography skills. Announced this week, Carmen Sandiego is now hiding inside of Google Earth, a playable game for anyone with access to the app via Chrome, Android, and iOS.

As Google mentions, this is no knockoff Sandiego title. This is the real deal, with The Crown Jewels Caper being only the first in a whole Carmen Sandiego series that is planned.

Created in collaboration with Houghton Mifflin Harcourt, the home of Carmen Sandiego, our game is an homage to the original. It’s for all those gumshoes who grew up with the chase, and for the next generation feeling that geography itch for the first time.

If you never played Carmen Sandiego, you play as a detective on a global manhunt. During your investigation, you will interview witnesses who provide geography-related clues. Using those clues, you’ll track down Sandiego and typically recover stolen property. 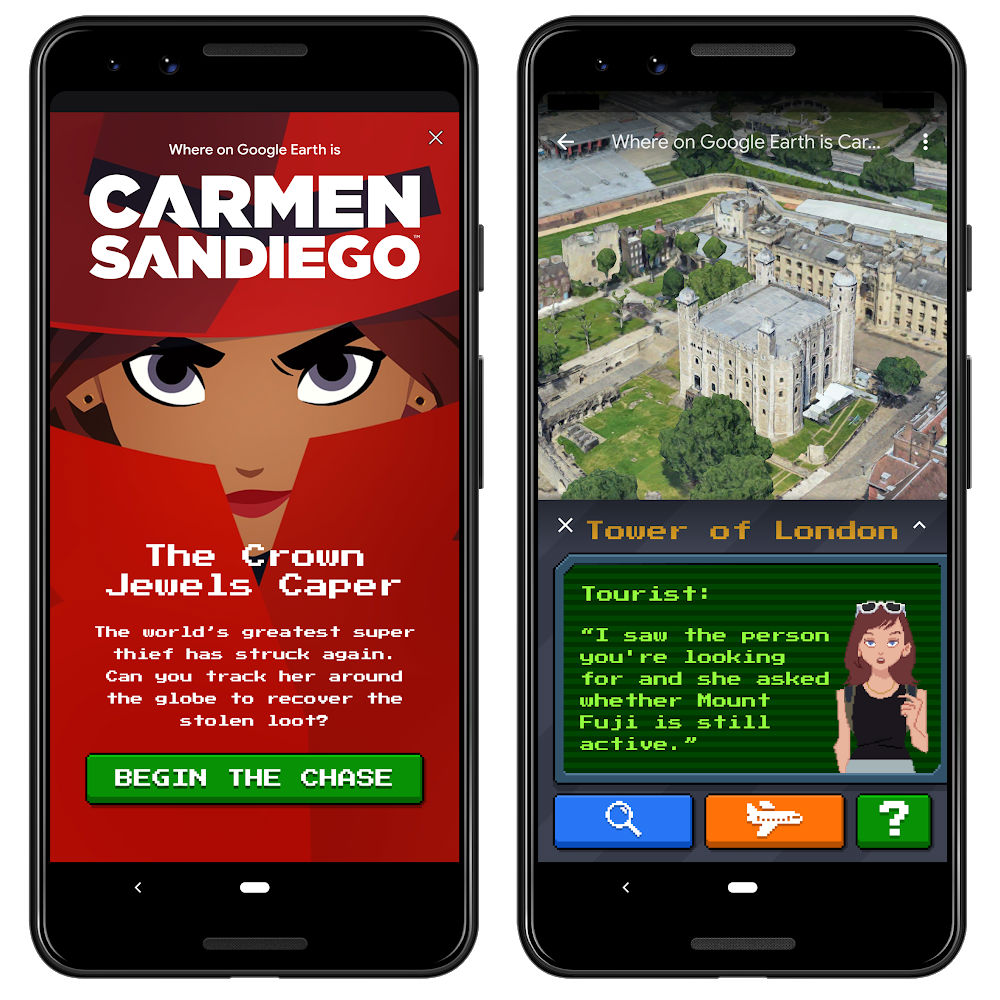 Follow the links below to play the game on either Chrome, Android, or iOS.