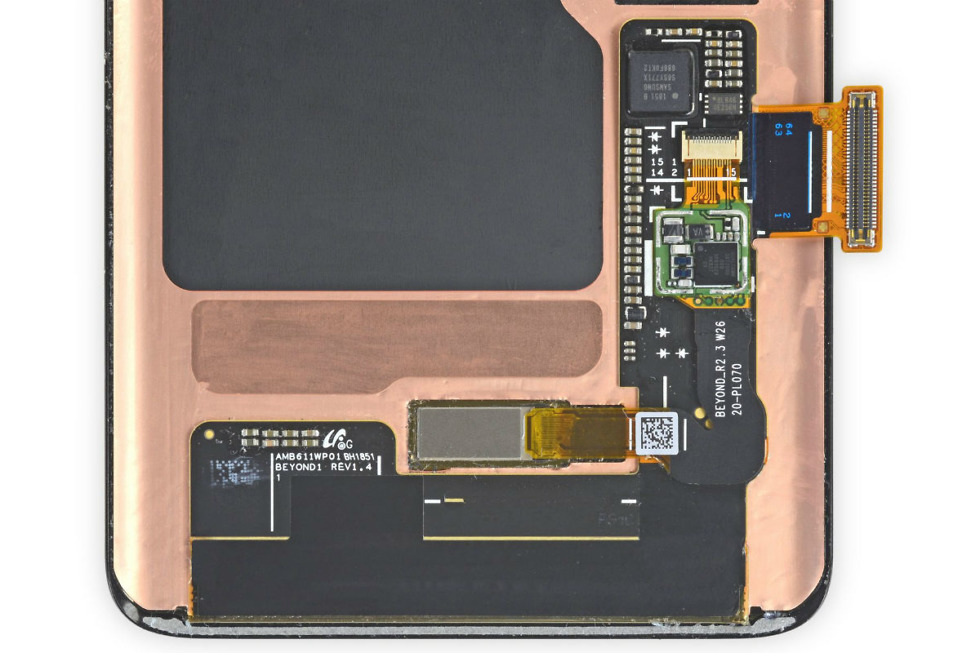 We have another teardown from the great folks at iFixit, this time of the Galaxy S10 lineup. While the overall process and end result is mostly the same, Samsung did bake in a couple of new things that we’re curious about in the S10 and S10+, most notably the ultrasonic fingerprint reader inside of the display.

In the header image above, we can get a clear look at the fingerprint reader that sits right below your phone’s front glass. While it looks cool and works really well, that’s where the praise stops. According to iFixit, removing the sensor is essentially impossible without damaging it, meaning if you’re looking to replace the screen or a malfunctioning sensor, the whole array will need to be replaced.

iFixit even asked Samsung for some repair tips, which doesn’t happen often.

If Samsung has any repair tips they’d like to share, we’re all ears. For now, assume you’re going to pay an arm and a leg for a new screen should the sensor malfunction.

iFixit also took exception to how Samsung uses adhesive on its batteries instead of a pull tab. Because of this, removal and replacement of the batteries is much more time consuming and the risk of breaking something is higher. Given the company’s movement of Right to Repair, these phones simply don’t make things easier should an owner want to try their hand at self repair. 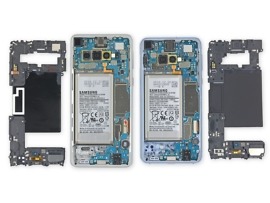 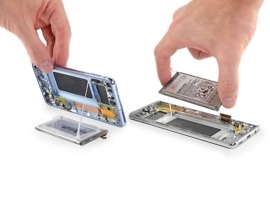 In conclusion, iFixit gives the Galaxy S10 a measly 3 out of 10 for repairability.

iFixit produced a snazzy little teardown video that you can watch below, but you can also check out the complete teardown writeup by following the link below that.