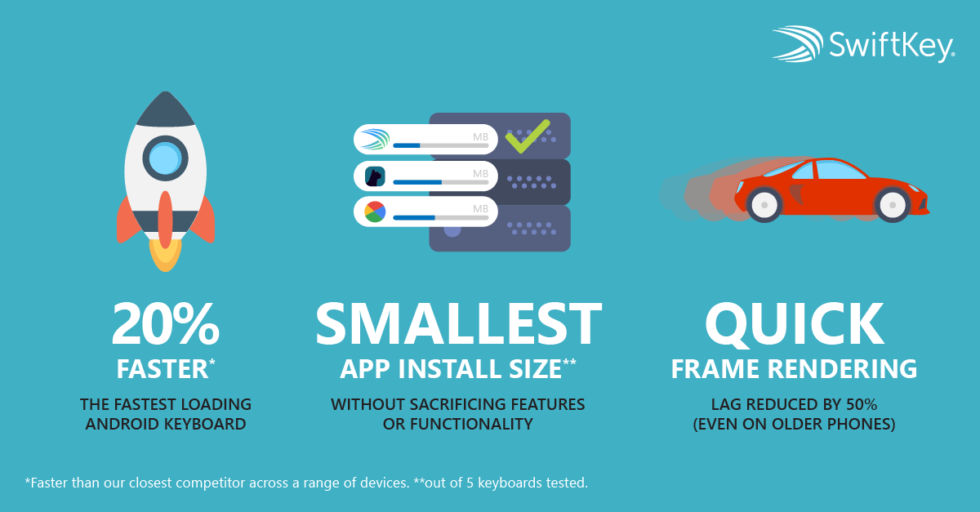 SwiftKey announced a big update for its keyboard app this morning, one that should have performance increased across the board by a whole lot.

According to its blog post that details the update, the keyboard should, on average, be 20% faster than other keyboard apps when loading and as much as twice as fast on first load after a phone restart. Additionally, the size of the app has been trimmed and upon internal testing, lag has been reduced by as much as 50% on most devices.

Here’s a look at the details.

You can grab the latest update by following the Google Play link below. For more info on all of the work SwiftKey did to make it a better keyboard app, follow the other link.