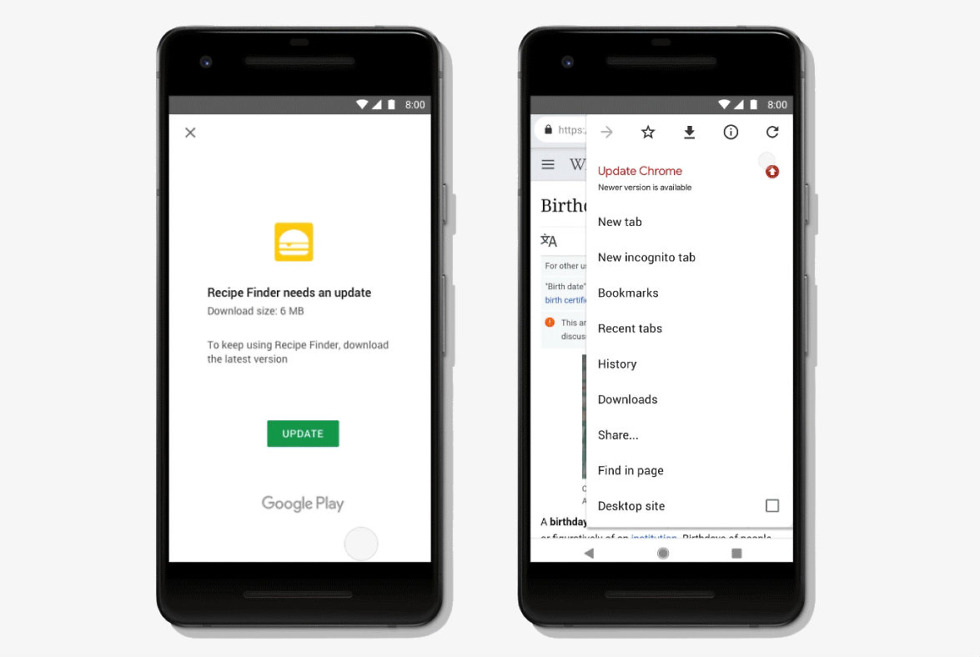 One of my pet peeves would be app updates. Let’s say my mom or girlfriend hands me their phone, telling me that an app in acting funky. Naturally, I go into Google Play to see if there is an update, only to find nearly half of the apps on their phone in need of updating. Come on, people, keep your apps updated!

Thanks to a new API that Google announced this week during the Android Dev Summit, developers will soon have the power to force users to update apps, which we think is a good thing.

Called the In-App Updates API, there are two options developers can choose: Immediate or Flexible. With Immediate in-app updates, the application will show a notice as soon as the app is opened that an update is required in order to start using it. From that notice you’ll see an update button, meaning you won’t need to go into Google Play to retrieve the update. It should be a quick and painless experience.

There is also the Flexible option. With this, you can receive a notice from the app that an update is recommended, though, you can continue using the app normally while it updates in the background. Once the update is downloaded, simply restart the app and you’re done.

This API is currently in testing with select developers and will be available to all Google Play developers soon. Be on the lookout for it.