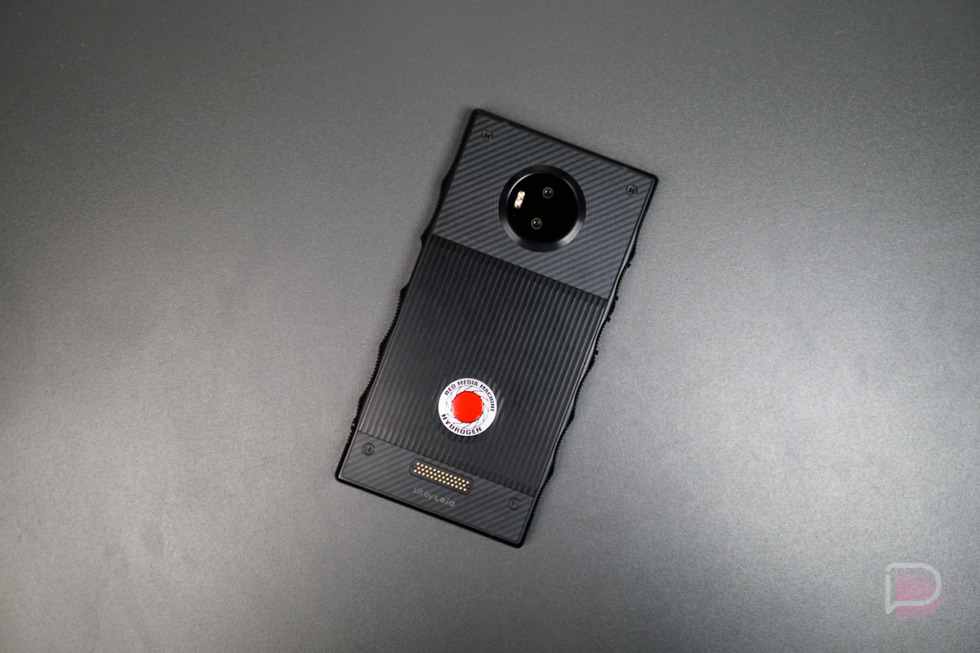 The RED Hydrogen One, a phone with a “holographic” display and what can only be described as a unique design, is now available for purchase from Verizon and AT&T. It’ll cost you around $1,300 if you want one.

We reviewed the RED Hydrogen One this week and weren’t exactly blown away by anything it offered. It came off as an unfinished product, with poorly tuned software, an average camera, and a display that gave us a headache in 4V (the holographic thing) and didn’t look great in 2D either. It’s huge, has a year-old processor, and may some day be a part of a modular ecosystem, but isn’t now. Hey, battery life was good, though!

If you are indeed still interested after reading that, Verizon will sell you a RED Hydrogen One in “Shadow” or “Titanium” at a cost of $53.95/mo for 24 months. AT&T would rather you spread the cost out over 30 months and would run you $43.17/mo.

Want one today or at least take a look in-person? Store availability is going to be hard to come by. Verizon’s site lists it as “available online only,” while AT&T’s site couldn’t find any stores near me (Portland) that have them. Verizon’s site also shows shipping dates of 11/13 (Black Aluminum) and 11/21 (Shadow).

On a related note, a weird story was floating around yesterday suggesting that Verizon units had been put in “quarantine” and were not going to be sold today. We reached out to Verizon who said that is not true at all and that launch today is still on.