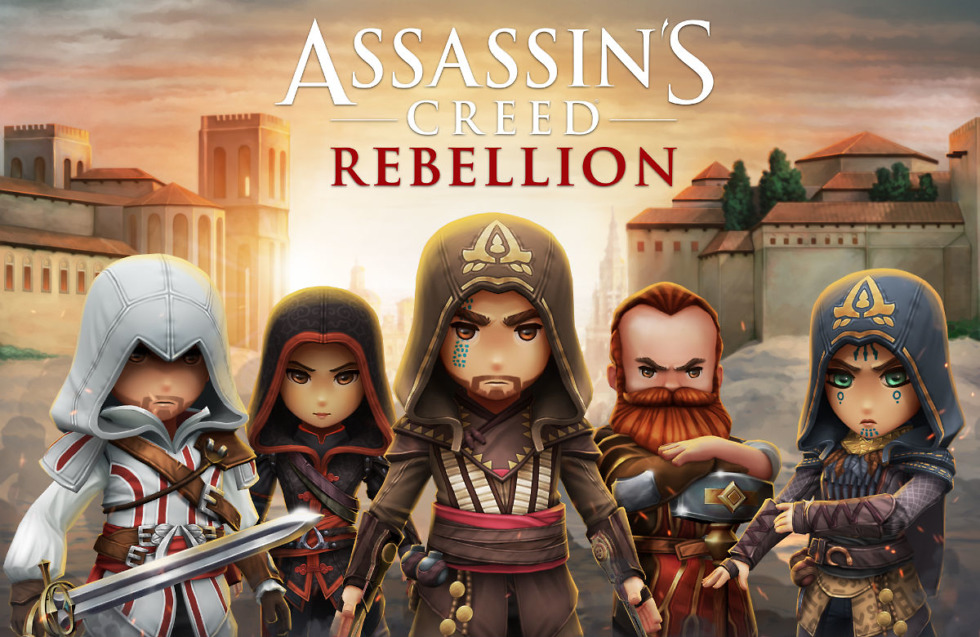 Ubisoft announced this morning that Assassin’s Creed Rebellion is coming to Android next month, a strategy RPG with characters that remind me very much of old Wii looking things. That’s not important, though.

Set in Spain against the oppressive Templars, the goal of the game is to form a group of different assassins, rank them up and max all of their abilities, and basically kick some Templar ass. The game revolves around your HQ, which is where all of your characters will be housed. This HQ can be upgraded with new rooms, be used for making new equipment, plus much more.

In order to defeat the Templars, you’ll create a group of assassins with particular skill sets. Different assassins will be better suited to various missions. And like any good Assassin’s Creed title, you can opt for a sneaky approach or an all out brawl. It’s up to you.