Google is updating Google Go, its lightweight version of Search made for devices with less powerful specs and less quality access to the internet. In the update, the company is including a natural language processing and speech synthesis AI-powered reading aloud function.

To put it in the most simple of terms, you click a button and Google Go will read whatever it is that’s on your display. For example, you’re reading an exposé on any ol’ subject. Should you wish to be read the piece instead of reading it all to yourself, simply have Google Go read it to you out loud.

With built in controls, you can customize the speed of speech playback and can also have Google Go simply read a select passage. Don’t worry, though, as the AI behind the scenes won’t read things that aren’t important to the context, such as ads, we assume. According to Google, “This technology relies on AI to determine which parts of a page to read, and which to leave out, so you only listen to what is important.”

Google capped its press release with, “In the future, we’d like to bring the ability to listen to webpages to more Google products. Long term, we hope this is just one way we can use AI to make accessing the web easier for everyone.”

So, yeah, bring this to Chrome next?

If you’re located in an area that supports Google Go, download the update from the Google Play link below. 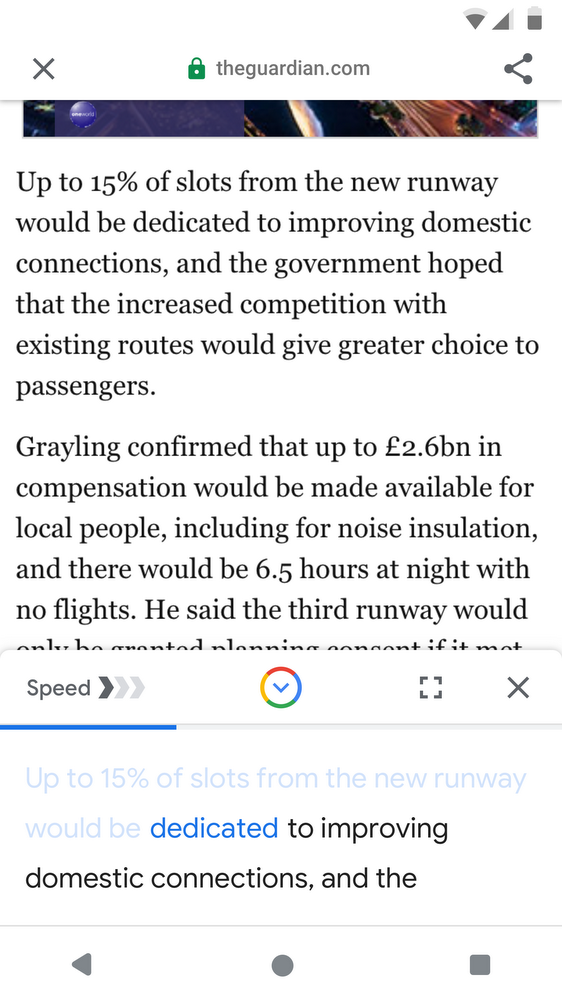