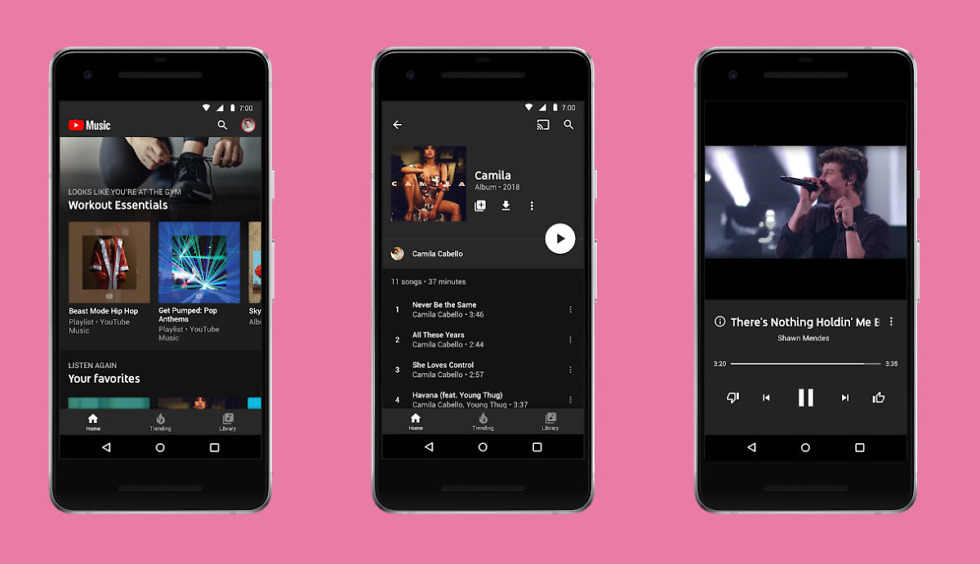 YouTube Music has been widely available since June, with the initial launch happening back in May. Since then, the service has received quite a bit of criticism, especially from those who are already subscribed to Google’s Play Music service.

To sum up only a few of the issues, the music migration has yet to take place between Play Music and YouTube Music, users can’t sort anything alphabetically in the app, and another pain point is the idea of subscribing to an artist’s YouTube channel when all you wanted to do is add their music to your library. All of these things, and then some, are being addressed by YouTube Music.

Speaking to Engadget, YouTube Music’s product manager states that the service will begin receiving improvement updates every two weeks. In these updates, users can expect changes such as sorting methods, UI improvements, as well as changes for following artists versus subscribing to them on YouTube.

One feature that is now rolling out to users is the ability to download music to your device. When doing so, users will be able to choose what quality they want stored (Low, Medium, or High settings).

We basically got to a point where we felt like what we had was good, ready to see the light of day. But there is still a ton of work to do… it’s a constant iteration.

After playing with the app for a day when it first got updated to the new experience, I couldn’t stand it and immediately went back to Play Music. My fingers are crossed that it’s a much better app by the time Google shuts down Play Music for good.