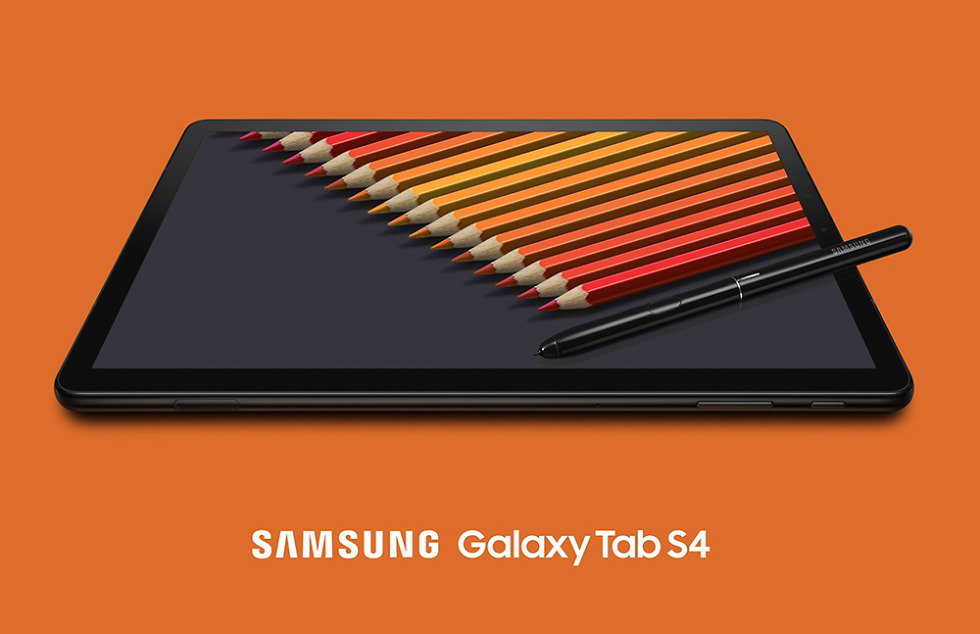 What should you know about Samsung’s newest high-end tablet? Well, it comes with a big 10.5″ AMOLED display with a resolution of 2560×1600. It has an S Pen too, DeX integration, 64GB or 256GB storage options (with SD slot), 4GB RAM, Snapdragon 835 processor, 7300mAh battery (with fast charging), USB-C port, 4 AKG-tuned speakers,  13MP camera, and Android 8.1 (with on-screen navigation buttons). It will be sold with WiFi at most retailers, but there will be LTE options too. It’s got solid specs, for sure.

With DeX on the Tab S4, you can launch into the DeX experience for the first time on a tablet. So if you feel like you need more of a desktop setup than an Android one, this tablet does just that. It’ll also connect to a monitor for DeX.

And that’s sort of the story. It’s a new tablet in a world where tablets are becoming more rare by the day.

What thing I found somewhat odd in the press release is the lack of a Bixby mention. We know that Bixby is still alive and that Samsung wants to launch Bixby 2.0 at some point soon, but they don’t seem to want to push it here. There is no Bixby button either.

The 64GB model with WiFi-only costs $649.99 and the 256GB model jumps to $749.99. You’ll find both black and gray colorways at places like Best Buy. Samsung didn’t announce a release date, but Best Buy shows a release date of August 10, for those interested.