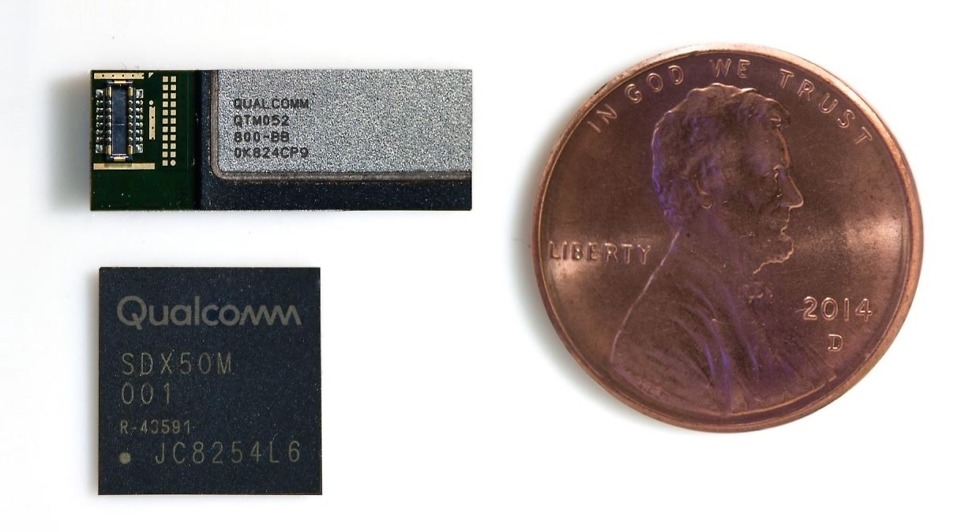 Even though US wireless carriers want to launch 5G networks as soon as this year, companies like Qualcomm still need to get supported chips ready for devices to be able to take advantage of them. Like with 4G LTE, one of the biggest struggles early on has been creating something that is small enough to be able to pack into a modern phone design. Today, Qualcomm has announced that they’ve had a breakthrough in a 5G  mmW technology that will do just that.

Qualcomm’s first fully-integrated 5G NR millimeter wave (mmW) and sub-6 GHz RF modules are ready, small enough to fit into modern phones, and will arrive in phones in the first half of 2019.

Qualcomm will pair these 5G mmW and sub-6 GHz RF modules with their Snapdragon X50 5G modems to deliver you connectivity across most 5G bands that US carriers will push live over the next couple of years. The significance of having mmW support, is the fact that in most cities, mmW is what will power 5G.

Millimeter Wave is the type of 5G spectrum that can produce ridiculously fast speeds, but it has limitations. It’s good in the short distances without a lot of obstruction, but not so good when a building is in your way or a sign in front of you is blocking access to it. Qualcomm’s mmW module will attempt to ease some of that strain by allowing manufacturers to put up to four of them in a single handset. Even if it can’t overcome mmW challenges, it’s at least bringing support for it, which is a big deal for people who live in cities and want gigabit speeds on their phones.

As far as the sub-6 GHz RF module, this size breakthrough will help bring 5G support  in rural areas. It’s a lot like the opposite of mmW.

That’s a lot of technical speak, but just know that Qualcomm has a 5G modem ready for phones, and now also has support for two additional technologies that’ll bring 5G to life.