Google has become somewhat erratic in updating its Android distribution numbers after updating them monthly for years. They’ve skipped a number of months this year, including June, but are back for July with fresh percentages. That month off has meant big things for Android Oreo, which jumped up to 12.1% (up from 5.7%).

That was sarcasm, of course, because these numbers are actually pretty sad. Oreo has only hit 12.1% of the Android pie and it was released in August of last year. So after being available to Android phones for almost a year, we’re at about an eighth of the Android world running the most current stable version of Android. That’s not good.

You can view May’s numbers here. 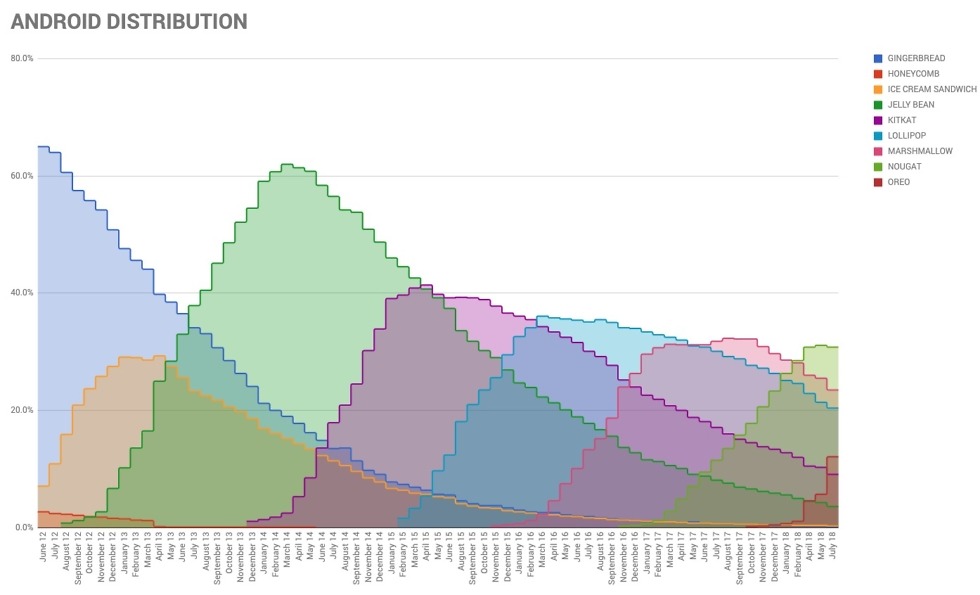