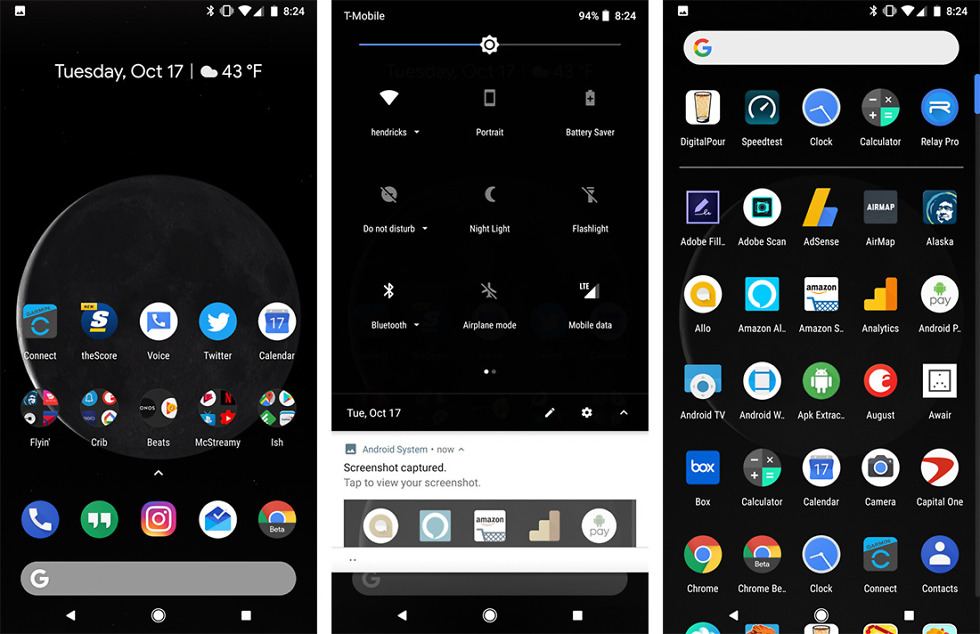 Guys, Google is going to give us a dark mode toggle! It’s really happening! Your Pixel 2 or Pixel will soon have a manual switch that will flip it from light to dark theme.

According to a Google Issue Tracker thread that was created in March when the first Android P previewed dropped, Google plans to add a setting in Settings>Display>Device Theme that will let you switch over to a dark theme. The change, which was first spotted by Android Police, will replace the current dark theme trigger that only kicks in when you set a dark enough wallpaper on your home screen.

For those not familiar with that action, it works like this. With the Pixel Launcher running, you change your wallpaper to something dark (see above) and the quick settings panel and app drawer switch over to a dark background. If you want them to go back to a lighter theme, you simply switch to a lighter wallpaper. While we’ve appreciated the dark option, some of us might want a light wallpaper and dark quick settings area, which this tweak will give us.

The issue was marked as “Fixed” today. A Googler said to expect it in a “future Android build.” Here’s hoping this wasn’t another mixup like the last time.