PCMag posted its Fastest Mobile Networks 2018 report this morning, concluding that Verizon is the overall champion among the four major US carriers.

On PCMag’s scoring system, Verizon ranks at a 99, followed by T-Mobile at 93, with AT&T coming in at 88 and Sprint well behind at 75. Those numbers don’t really indicate how well each carrier performs in certain areas, so in the report, PCMag breaks the US down into various regions. Each region is then ranked with a winner, with Verizon stealing the show in all but one region of the US. T-Mobile was able to steal a win in the Southeast part of the US, which includes Tennessee, both Carolinas, Alabama, Georgia, and Florida. Other than that specific region, though, Verizon had the best scores. 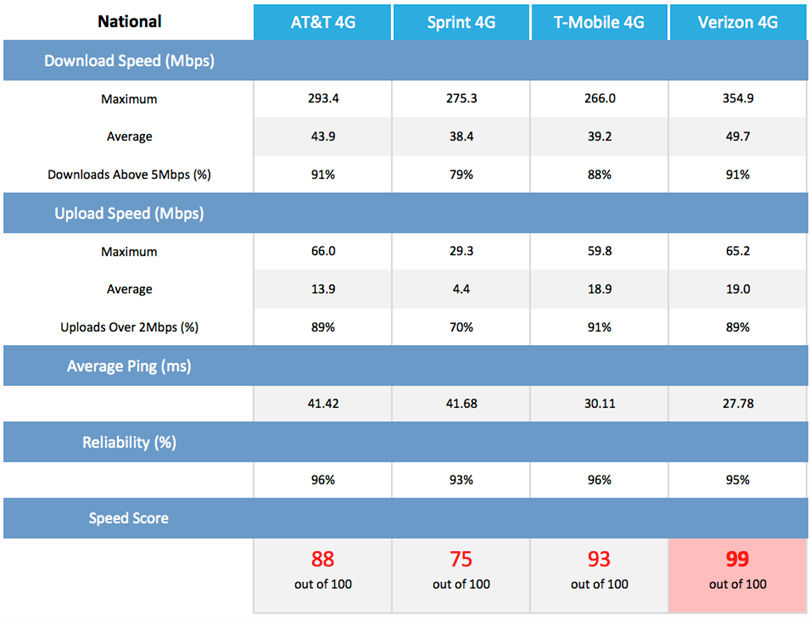 And because we’re egomaniacs over here, let’s check out Portland, OR. T-Mobile is a clear winner in this area, scoring a 97 out of 100. The next best score is Verizon at 87, followed by Sprint at 85 and AT&T at 80.

PCMag’s main takeaway from this report seems to be that each carrier has solid download speeds these days, but some (mostly Sprint) could benefit from improved upload speeds. And while T-Mobile has been methodically building out its network to better serve mobile customers, AT&T has been focused on creating a network for the future, one where cars, homes, and entire cities can benefit in the long term.

For the complete breakdown of these scores, check out PCMag’s report by following the link below.