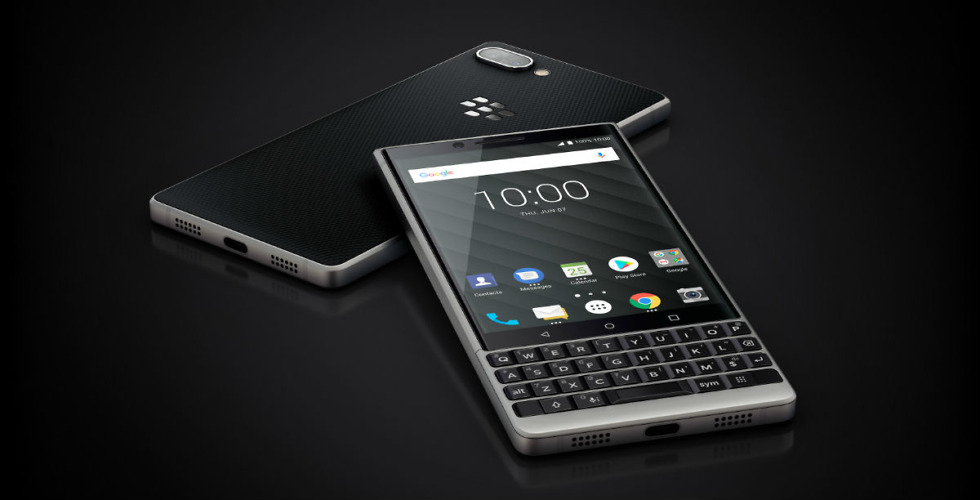 As we learned only a few days ago, BlackBerry isn’t done pushing phones with physical keyboards. The company has returned with a followup to last year’s KeyOne, the $649 KEY2.

For specs, the phone features a 4.5″ display with an aspect ratio of 3:2 (1620 x 1080), Snapdragon 660 processor, 6GB RAM, 64GB built-in storage, USB-C, 3,500mAh battery, dual rear-facing 12-megapixel cameras, plus a pretty barebones Android 8.1 “Oreo” experience with exception to the suite of preloaded BlackBerry applications. Those apps are Password Keeper, Hub, Tasks, and Notes only to name a few. There are about 15 BlackBerry apps preloaded in total.

For changes over last year’s KeyOne, BlackBerry highlights an improved physical keyboard with Speed Key, which allows you to utilize shortcuts and gestures to open apps regardless of what screen you’re on. We’ve included BB’s overview video of that below.

The other major difference would be the dual camera setup on back. Both sensors are 12-megapixel, with the software featuring a Portrait Mode and the hardware capable of “optical superzoom.” Optical superzoom will provide better image quality and clarity when zoomed in on a subject.

BlackBerry says the KEY2 will arrive later this month for $649, making it $100 more expensive than last year’s KeyOne at launch. For carriers, BlackBerry has 3 models of the phone with differing band support, but Model BBF100-2 has the bands necessary for LTE support on AT&T and Verizon. If and when these carriers announce availability, we’ll update you.