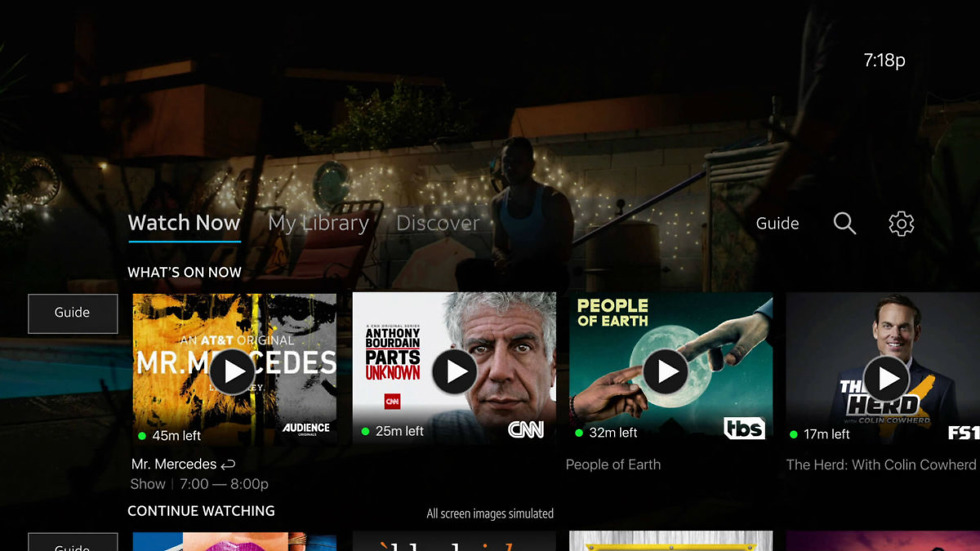 The big change is the addition of DIRECTV NOW’s Cloud DVR feature. With it, users can get up to 20 hours of free recording, regardless of where you are and when it is. So long as a show is saved to your Cloud, you can access it on any device at any time.

Here is DIRECTV’s detailing of the Cloud DVR feature, which is still in beta.

The feature provides twenty hours of free recording, allowing you to watch, pause, fast forward and rewind your favorite shows or series virtually anytime and anywhere you want for up to 30 days. You’ll be able to record up to 100 hours and keep it stored up to 90 days, for $10 per month, later this summer.

On top of the Cloud DVR, DIRECTV lists UI changes for the platform that emphasizes your most-watched channels and programs, as well as local channel access even if you’re not in your home market. As an example, if you watch FOX (WNYW) on DIRECTV NOW at home in New York and are traveling to Dallas (where the local FOX station is available for DIRECTV NOW customers), you’ll be able to watch KDFW during your visit.

Check out all of these changes by updated your DIRECTV NOW app.