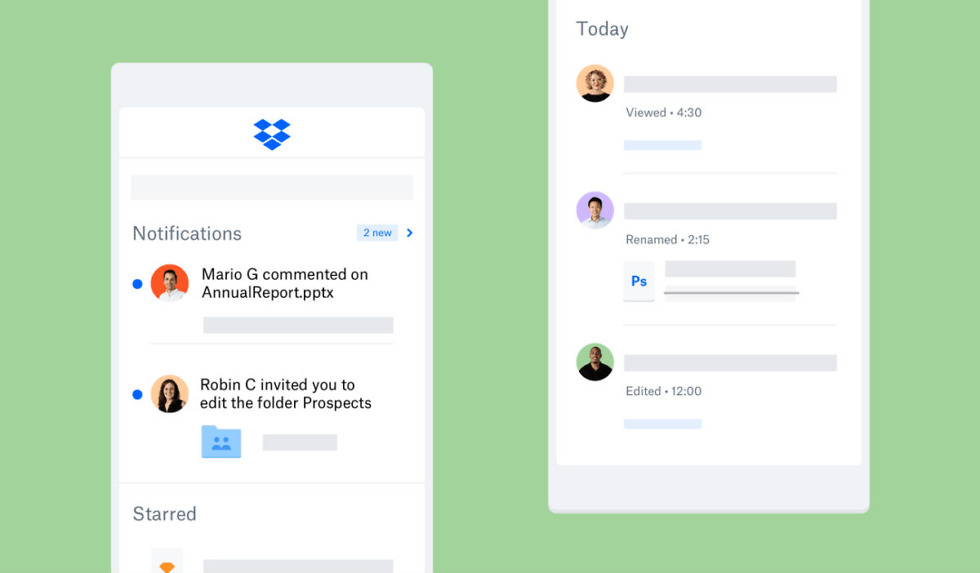 Dropbox’s mobile app for Android and iOS is getting updated this week, with certain changes still marked as “coming soon” for Android. Even though it may not all be live for Android just yet, we can still tell you what’s new.

According to Dropbox’s blog post, they are introducing a new File Activity feature, complete with file previews. Detailed by Dropbox, “When you preview a file in your Dropbox, one tap will pull up a list of events, including edits, shares, and—for Dropbox Professional and Business Advanced users—viewer history.

For teams, the company says users will see a “streamlined file preview design” that lets users easily comment right alongside content in their account. At the bottom of any file preview, you can access feedback you’ve received, add your own, and get file activity updates. Dropbox has also made the sharing buttons more prominent throughout the app.

Dropbox says file activity will be available “soon” for Android, but is rolling out today on iOS.