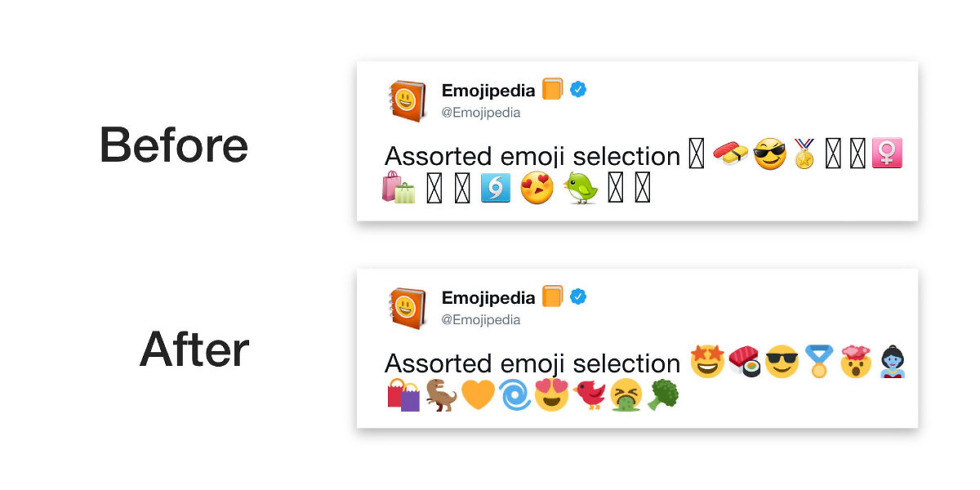 Depending on the version of Android your device is running, you may see little boxes with an “X” going through them at times when browsing Twitter. They look like what you see in the header image above. This typically means someone has placed a character or emoji in a tweet that your device doesn’t recognize.

To combat this, Twitter has switched over to its own Twemoji emoji service for Android KitKat to Nougat users, meaning everyone should soon see all the same emoji goodness, even if they’re running an outdated version of Android.

According to a design lead at Twitter, who confirmed the following stat to Emojipedia, “At least 50% of eligible Twitter users should now see this change, with the feature being enabled for more users over the course of this week.”

That’s a lot of people about to be seeing certain emoji for the first time.

To get an idea of what Twitter’s emoji library looks like, you can view it all here.