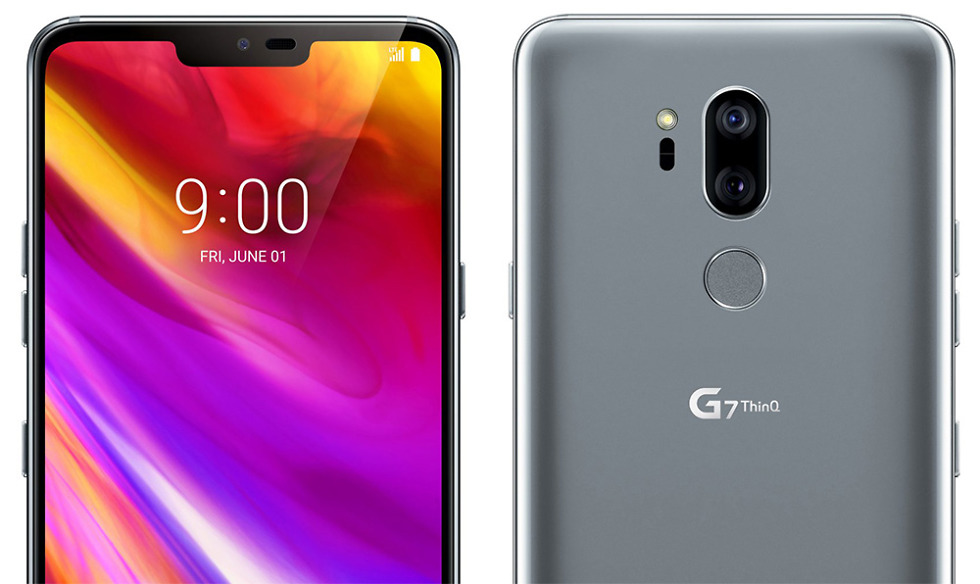 LG announced last night that the LG G7 ThinQ will sport a brand new 6.1-inch LCD display with a QHD+ resolution. Not only is that extra big, it’s also not an OLED like we saw on the V30.

LG’s newest display is another FullVision display, but the aspect ratio has changed to 19.5:9 with a resolution of 3120×1440. Where this display stands out is in the brightness department. LG is calling this a Super Bright Display with 1,000 nit brightness, which they claim is the “brightest and most vibrant display on the smartphone market today.” They expect a 30% reduction in power consumption too.

Even with its size, LG thinks this will be comfortable to use with one hand. For example, the bottom bezel is 50% slimmer than on the G6.

As for display controls, LG is giving users a number of settings, all of which can be seen below from the phone’s display settings screen. There are Auto, Eco, Cinema, Sports, Game, and Experts modes, with Expert offering the most control. 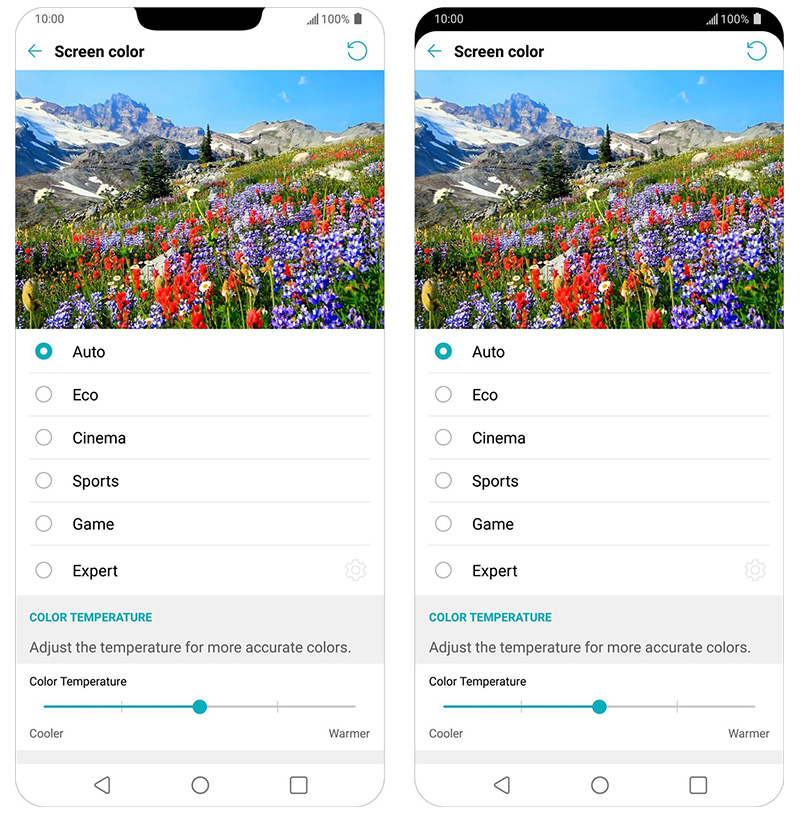 As you probably noticed, we’ve got notch confirmation now too. LG didn’t reference a notch in the press release they sent us, but the screenshot above shows a screen with a notch as well as another without. So yeah, you’ll be able to hide the notch with a black software bar if you want.

The LG G7 ThinQ arrives May 2.

LG’s upcoming premium smartphone, the LG G7 ThinQ, will be equipped with a brand new 6.1-inch display QHD+ (3120 x 1440 resolution) FullVision display that is rated at a maximum of 1,000 nit, making it the brightest and most vibrant display on the smartphone market today.

Powered by LG’s latest LCD technology Super Bright Display, the LG G7 ThinQ allows users the convenience of operating the phone in almost any lighting condition, notably under bright sunlight while reducing power consumption by as much as 30 percent than the LG G6.

Building on the well-received LG G6’s display-to-body ratio, the LG G7 ThinQ will be easy and comfortable to operate and hold in one hand, especially with the ergonomic and beautiful curved tempered glass. The previous 18:9 FullVision display of the LG G6 has also been enhanced on the LG G7 ThinQ with a new 19.5:9 FullVision screen ratio complemented by almost 50 percent slimmer bottom bezel than its predecessor.

For power users that are looking for total control over their smartphone’s display, the LG G7 ThinQ allows users to fine-tune the screen by conveniently scrolling each RGB color level option while supporting modes are activated. LG has offered a similar feature with its camera in the past for shutterbugs, and it is doing the same for users desiring a higher-level degree of control with their displays.