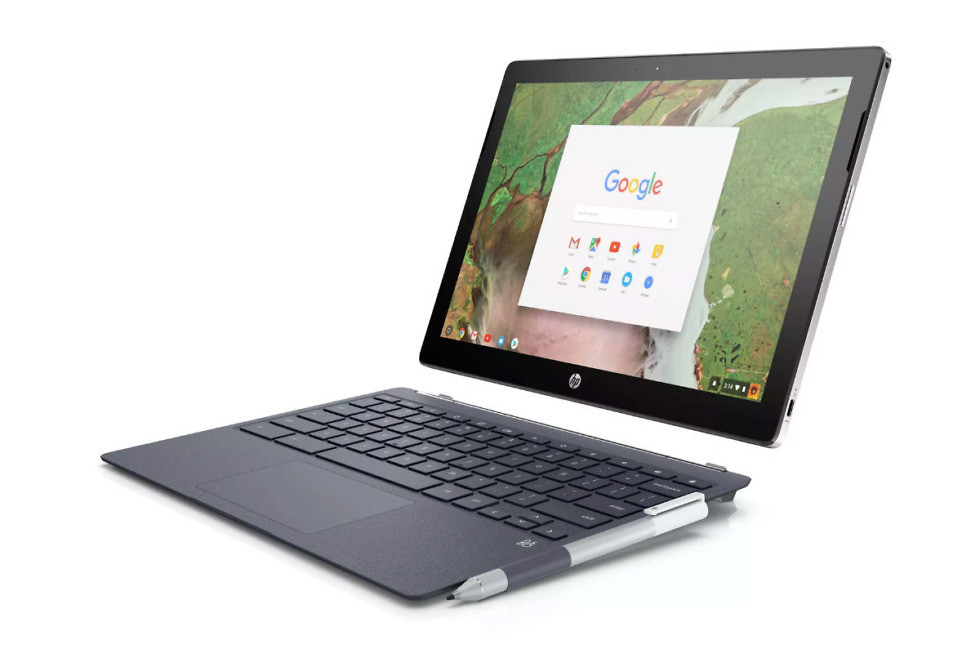 In late March, Acer introduced the first Chrome OS-powered tablet. This week, HP is introducing one of their own, but it’s a whole lot nicer than that Acer one. Called the Chromebook x2, this device comes with a large 12.3-inch display, bundled with a keyboard cover and stylus, all for $599.

In its presser, HP emphasizes this device’s support for the included stylus, as well as the attachable keyboard cover. According to them, “The magnetic hinge allows for easy detaching of the tablet and provides the strength and rigidity to keep it attached and upright when used as a laptop.” Not only that, but the hinge design will allow users to have the tablet set at multiple angles so you can get just the right layout for your work to get done.

We don’t have much experience when it comes to Chrome OS running on a tablet, but we’re definitely interested in checking it out.

You can purchase your very own Chromebook x2 starting June 10 at Best Buy.