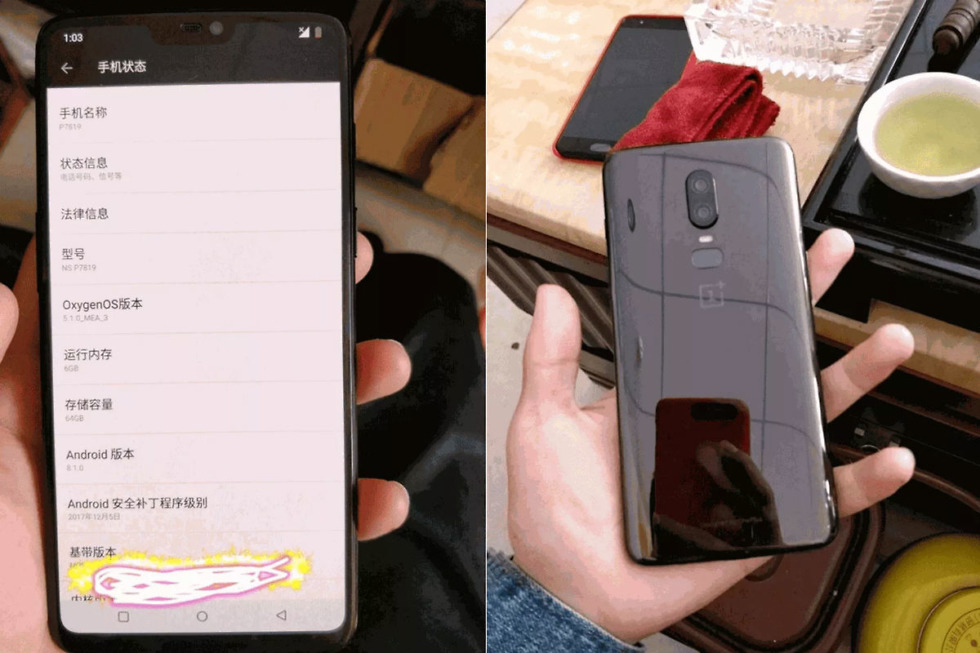 We’re expecting OnePlus to announce the OnePlus 6 a bit later this year, but due to the hype surrounding this device, we’re already starting to see reports popping up regarding possible specifications.

According to a post on Weibo spotted by The Verge, the OnePlus 6 could feature a 6.2″ display (complete with top notch), Snapdragon 845 processor, 8GB of RAM, up to 256GB of storage, dual rear-facing cameras (12-megapixel + 20-megapixel), as well as the Dash Charge fast charging. None of this screams fake, as it sounds pretty par for the course in 2018, plus they’re nearly the same specs that have been passed around already.

Thanks to OPPO’s recent unveiling of the R15, we have a pretty good idea of what the OnePlus 6 will look like.

As for pricing, your guess is as good as anyone’s. We’re probably still too far away from launch to take any pricing info too seriously, but as we near the OnePlus 6’s launch, we’ll keep you posted.

Are you excited for the OnePlus 6 and its notch?