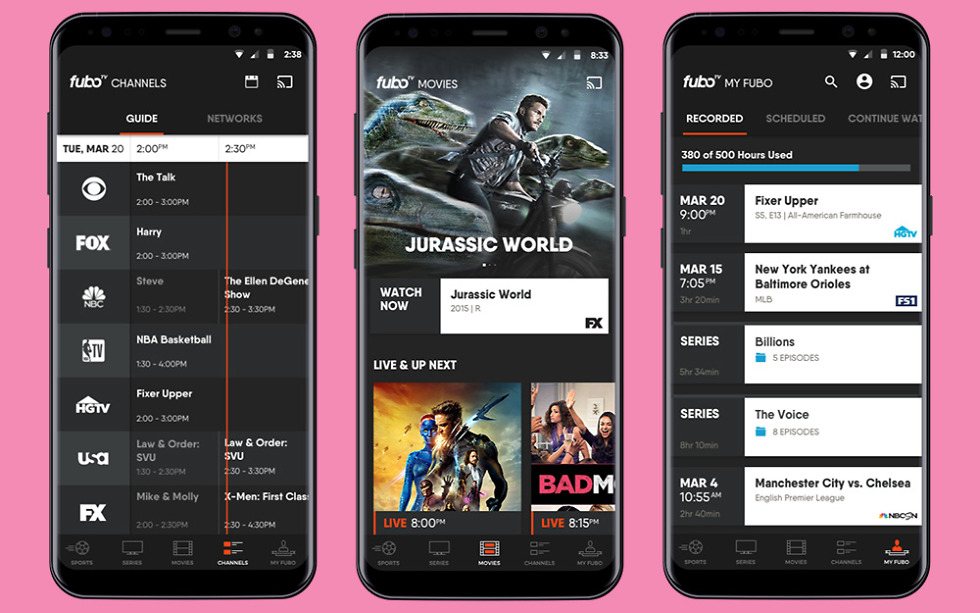 FuboTV, which is the best streaming TV service for soccer fans, has always had trash apps. I know that sounds harsh, but the fuboTV Android TV app currently sits with a rating of 1.5 stars, while the regular Android app sits hardly higher at 3.3 stars. These are bad apps. With that said, fuboTV announced a major update to v4.0 today for the regular Android app! This could be the start of something great.

The app sports a “complete design overhaul and enhanced user interface,” as well as improved content discovery, a better program guide, and a new central location for managing streams or DVR recordings, called My Fubo.

Additionally, across the platform, fuboTV is introducing a new feature called “Startover.” With Startover, users who tune-in slightly late to a live game or TV show can jump to the very beginning to start playing catch-up. This is only available on select channels to start, with more on the way.

Since this appears to be an update for the mobile Android app only, we’ll cross fingers that the Android TV app gets updated similarly before long.