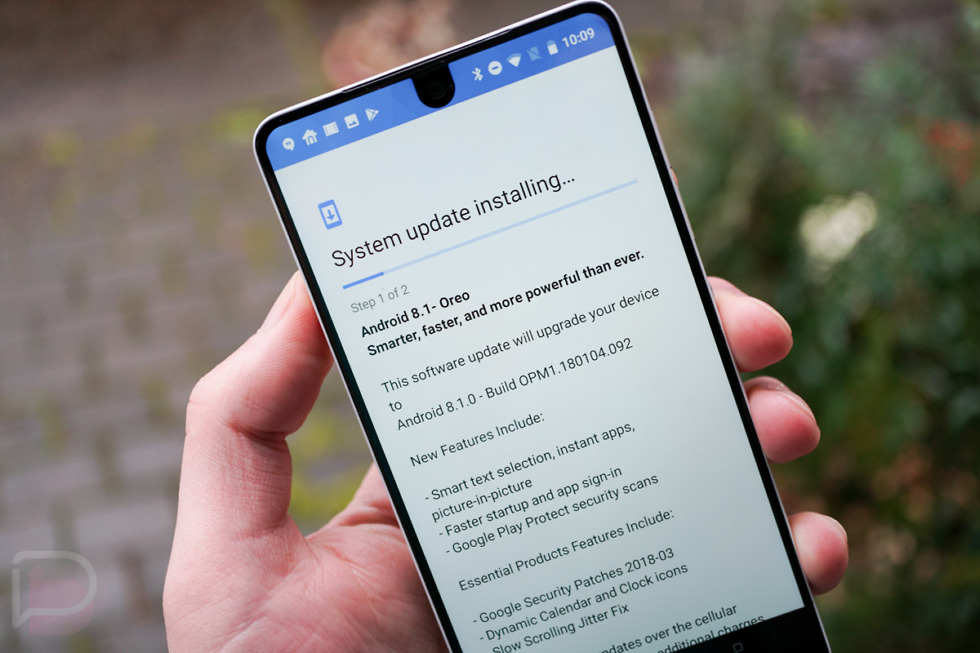 Essential just pushed the Android 8.1 update to the Essential Phone! The stable version!

The news comes as a bit of a surprise, since they only recently announced the Android 8.1 beta, with OTA-opt-in support. Not that we’re complaining over here – we love updates.

The update is arriving to all right now as build OPM1.180104.092 with the March security patch. If you are in the beta, the update weighs in at 275.8MB. If you aren’t, well, I don’t know what the size is. I’ll have to let someone not on the beta let us know in the comments. Either way, expect a decent-sized update to Oreo!

To grab it, head into Settings>System>System update.

We're excited to announce the full release of Android Oreo 8.1 on Essential Phone! Check your phone now for the update. pic.twitter.com/0PwPBMj6h1