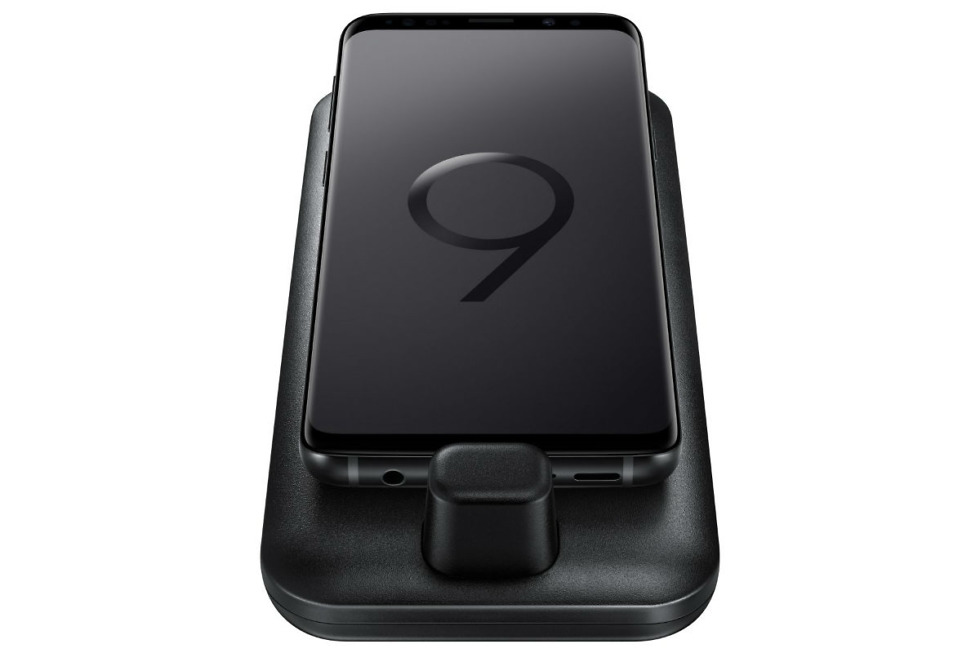 Over the last few months, we learned Samsung was readying a new DeX product, one that could turn your smartphone, namely the upcoming Galaxy S9, into a touchpad for whatever monitor you have hooked up to the dock. Thanks to @evleaks, we’re now getting our first good look at the DeX Pad, along with another look at what appears to be the Galaxy S9.

As we can see, the phone sits in the dock flat, with a USB Type-C port on the bottom, plus ports on the top side of the dock. We see ports for power, a full size HDMI port, plus two standard size USB ports.

If you are unfamiliar with the original Samsung DeX dock, you’d hook your phone up to the dock, plug a desktop monitor into the dock, then you essentially have a desktop version of Android ready to go. Of course, you’d also need a mouse to interact with the UI, but with DeX Pad, your phone will act as the touchpad, allowing you to eliminate the need for a mouse.

Maybe more importantly, we can at least rest easy and say that the Galaxy S9 will indeed sport a 3.5mm headphone jack, according to this image at least.

Expect the DeX Pad to be announced alongside the Galaxy S9 later this month.