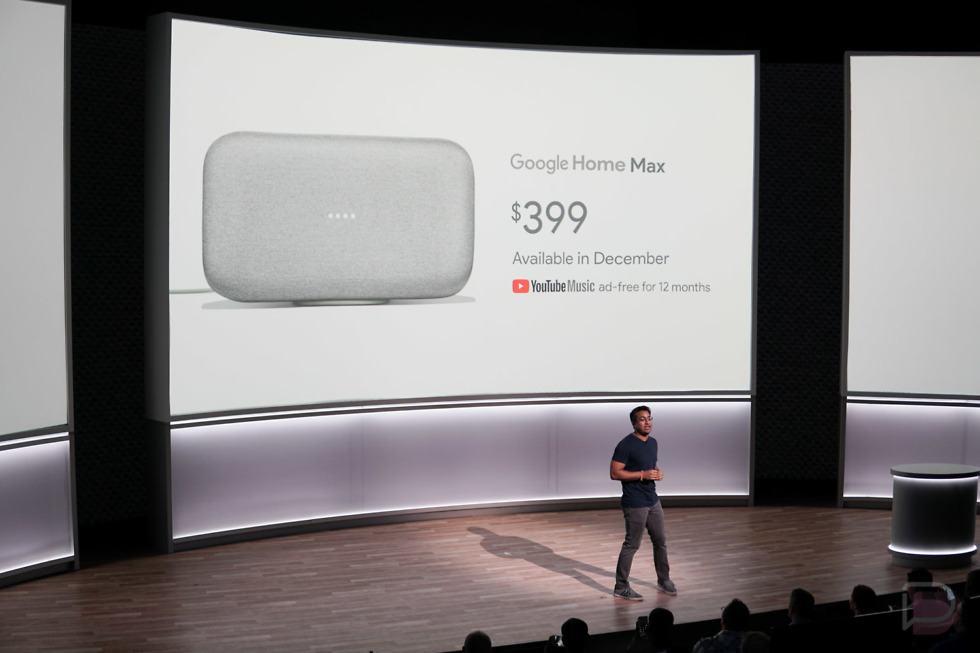 Since we’re only a few weeks away from December, the launch month for Google Home Max, it makes sense that the product has now stopped through the FCC for all of the needed approvals. The biggest member of the Home family showed up today, to be exact, under FCC ID A4R-H0B.

If that ID looks familiar, that’s for good reason. The original Google Home was A4R-H0ME and the recently released Google Home Mini was A4R-H0A. You can see the ID below as it’ll show on the label for Home Max.

The FCC docs don’t reveal much or give 100% confirmation that this is Google Home Max, but what else could it be? The naming scheme lines up with previous Home units, it’s referred to as a “multimedia device,” they tested both 2.4GHz and 5GHz MIMO WiFi as well as Bluetooth, and the power requirements (100-240V) match the requirements on the Google Store’s listing for it.

Google hasn’t provided us an exact date yet, but the Google Home Max will go on sale in December for $399.