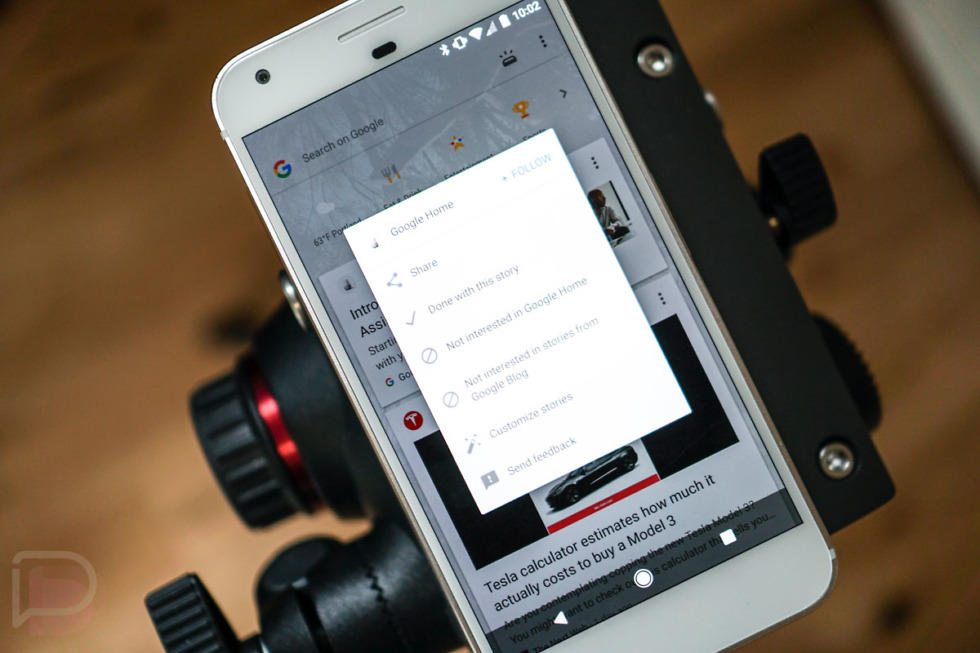 Google has been making numerous adjustments to the Google App and its Feed (formerly Google Now) for most of 2017. We’ve seen things like new panels emerge with a separation of your interests and daily schedule, shortcuts to popular Google Search tools, and even a transparent UI. All of these tweaks haven’t been a big deal, but you can tell that Google is trying to find a good mix for its original assistant idea that displays your favorite things while helping you manage the day’s tasks.

The latest change, which includes that semi-transparent UI on some devices, has started to rollout more widely today and nerds are throwing some pretty solid fits about it. We’re seeing it on v7.9.18.21, though it’s not necessarily tied to version since this initially showed up months ago and has been trickling out.

What is this change? It includes a semi-transparent Google panel off to the side of home screens for phones like the Pixel. But what has people up in arms is the fact that Google killed off the ability to swipe away some cards when in the feed on the Google App. You see, from the beginning, if Google showed you a card in the Feed, you could swipe it left or right to dismiss it as if you were done with its contents. With this latest change, you have to tap the menu of each card before telling Google that you are “Done with this story,” that you aren’t interested in its contents or source, that you want to share it or it may be a topic to follow going forward, etc. 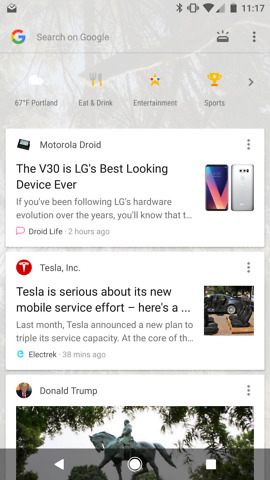 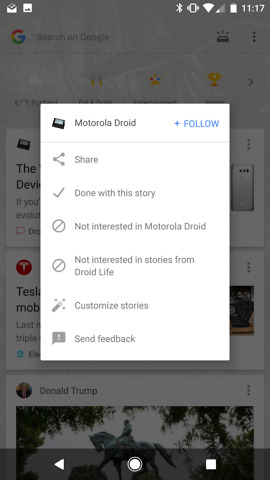 It’s actually pretty inconvenient! I’ll even admit that it was a poor move by Google. Swiping cards away has become a natural move to dismiss items in the Google App’s Feed. Now, you have to tap a small menu button before finding the action you want to take. What’s up with that Google? Well, according to a Googler, it was done on purpose. 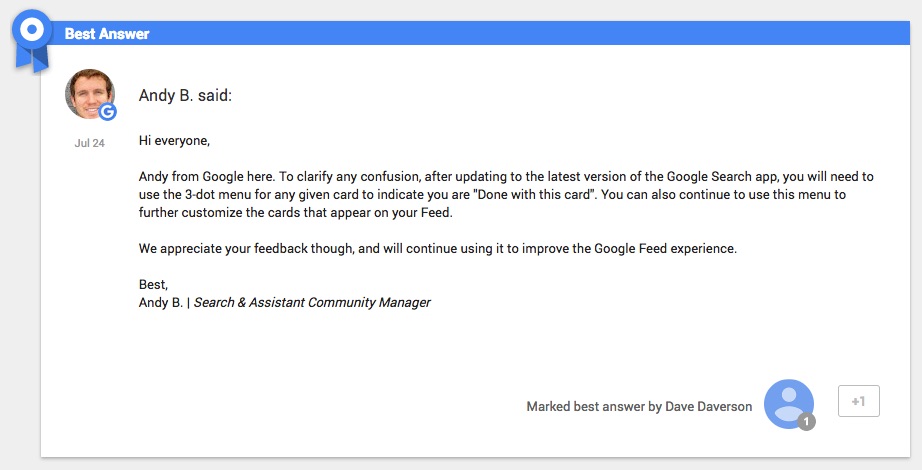 With that said, is it worth responses to Google like this?

I should also point out that the Google Feed experience is starting to become a bit of a mess. Not only is swiping gone, but with devices like the Pixel, you have two Feed experiences. You have the semi-transparent version I showed you above with the upper-right shortcut to your “Upcoming” box – this version is the Pixel Launcher side panel – and then you also have the Google App standard version that launches when tap on that “Upcoming” button. Look at these two. 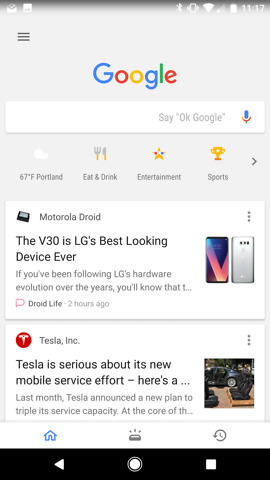 One (on the left) is the home screen panel from the Pixel Launcher and the other (on the right) is what you get when you tap on “Upcoming” or open the Google App directly. They are similar, but not the same, like they used to be.

To make matters even weirder , in the “Upcoming” panel, you can still swipe items away. I’m not kidding. You can’t swipe topic items, but you can swipe away your upcoming items. ¯\_(ツ)_/¯

You can read more hilarious, over-the-top angry nerd reactions at Google’s Product Forums and post your own.