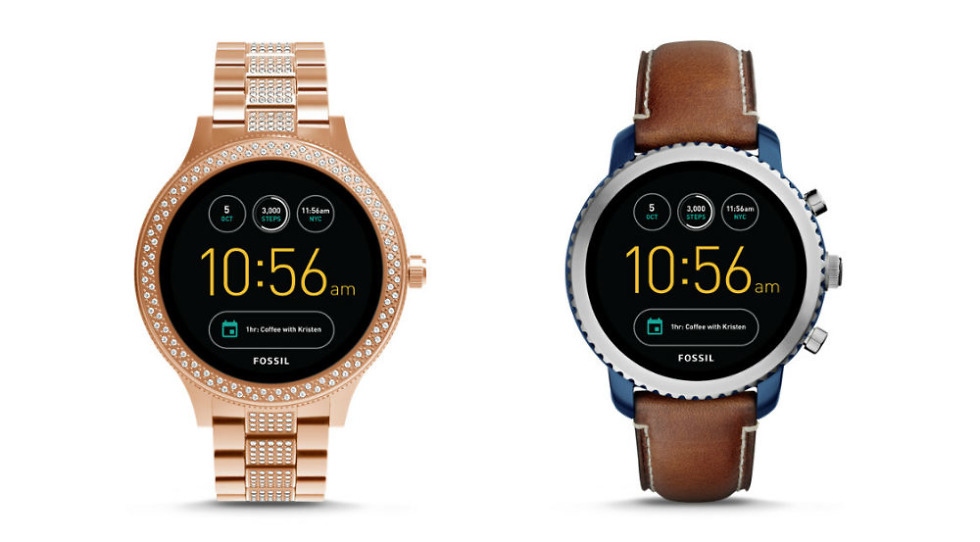 Fossil announced two new Android Wear devices this morning, both featuring the company’s first usage of full circle displays. Up to this point, you may have noticed that everything in Fossil’s Q lineup had the “flat tire” appearance, which is where their ambient light sensors are placed. On the new Q Venture and Q Explorist, that has been removed.

Both come with a IP67 rating, estimated battery life of “all day,” Snapdragon Wear 2100 processors, and Bluetooth 4.1. Do note, though, neither has NFC, so no mobile payments.

The Q Explorist and Q Venture are up for pre-order through Fossil’s website, starting at $255.